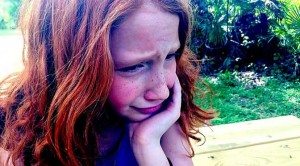 I wrote this blog post on May 7, 2012. When I ran it again almost five years later, I added this introduction:

Not quite five years ago, when I originally wrote this, I had no idea that by this point, I would hardly be walking, using a scooter 95% of the time and unable to move without a walker for the rest. Pain and serious weakness are my daily companions. As I noticed the counts on my most popular blog posts and discovered this one among the top, I am grateful that the wisdom God gave me five years ago is even more true today. And I am grateful that I can even minister to myself.

It’s now almost ten years later, and I certainly had no idea that by THIS point, the Lord would have so incredibly graciously allowed me to have had both hips replaced so that I live free from pain. Never, ever saw that coming. But I also know that this is a sweet but temporary season, as I keep getting older and the late effects of polio continue to threaten. So I live with a deep sense of gratitude for this season of respite, knowing that any point I may be forced to re-enter the place of pain.

“You know, you’re like the Martha Stewart of kitchen gadgets and tools,” my friend observed as she unloaded our dishwasher. “You’ve got stuff I never knew existed.”

I really do like having just-right tools. I only use my cherry pitter during cherry season, but it’s perfect for the job. I don’t use my electric knife sharpener every day, but when I do pull it out to put a finely honed edge on a knife, it brings joy to my culinary tasks. I love being able to chop up nuts in my food chopper in no time flat—and no mess. Tools like these are a reason I enjoy cooking and baking.

Once as I was using a razor blade holder to scrape paint off the windows on our garage door, I said, “Thanks, Lord, for the blessing of a just-right tool.” I sensed Him say, “Do you think it’s any different for Me? I enjoy having the just-right tool in My hand as well.” At the time I got the impression He was talking about using us as instruments of grace and blessing in His hand, but lately I’ve become aware of a different kind of just-right tool in God’s hand.

Physical pain, emotional pain, the pain of trials and suffering of all kinds. Pain is an incredibly effective tool to achieve God’s purposes in our lives: transforming His children into the image of His Son Jesus, tearing down strongholds that keep us from being all that He made us to be, restoring what was lost in the Fall.

Since God has no magic wand and no Easy button (that’s only for Staples commercials), He has to use other means to accomplish the considerable task of changing people who are far more broken and messy and less than we were created to be, into the people He intended us to be from the beginning.

Some of the just-right tools I have personally seen in God’s hands:

George and Pam (not their real names) found the wheels coming off their lives when they learned their middle-schooler was doing drugs, followed shortly by dealing them. Though they were faithful church attenders, neither of them actually knew Jesus. They were directed to a grace-drenched, gospel-preaching church where they both trusted Christ and everything changed. George told me recently that as he had learned, “Suffering keeps us from the delusion of self-sufficiency. This delusion was my main problem. When the sufferings of my failure as a husband, father and man became crushing, I surrendered.” They are now leaders in several ministries at their church.

Jennifer Clouse’s second battle with cancer, which she shares generously via her blog and her friendships with about a gazillion people. Jen is teaching many people what the grace of humor looks like from inside a cancer diagnosis that moves her closer to heaven every day. Her ability to see God in everything is as instructive as when she stood before women teaching the Word. (Note: Jennifer has been with the Lord since 2016.)

Barbara Baker is a missionary in Mexico whose desire to minister to people is far greater than her body’s ability to support it. As her frailty and weakness grows, so do her limitations. When Ray and I visited Barbara and Jonathan in Puebla last year, I saw what happens when the diameter of a spotlight is reduced; it becomes like a laser! Barbara’s physical limitations mean that the things she is able to participate in are that much more valuable, that much more grace-filled. Her light is that much more concentrated.

Holly Loughlin has been fighting Cystic Fibrosis her whole life, which has now reached what used to be the upper limit for CF patients. On her most recent hospitalization, she started daily blogging what life was like for her, and I absolutely loved what she wrote on Day 10:

“The Lord is always in the business of redeeming. Sometimes I see that so clearly here. Everyone gushes about what a great CF patient I am and they are all eager to introduce me other CFers who are struggling because of my hope and outlook and work ethic. But, I wasn’t always like this. I went through 3 really rough years where I refused to do anything that had anything to do with CF. I didn’t take any pills, do any treatments, or even eat the way I was supposed to. All of those things felt like chains that held me at the mercy of CF. I suffered needlessly and went in the hospital many more times than was actually necessary during those years, but the Lord was gracious and allowed me to survive it. Somewhere around the time I went off to UNT at 18 I realized that CF wasn’t something I was going to be able to escape, no matter how I lived and that I had been given a specific set of tools that, if anything could, would help me achieve the goals and dreams I had for my life. I realized that eating, sleeping, doing my treatments and taking my pills were the things that were going to give me the best shot at having a great life.

“I had no idea then how great my life was going to be one day. Some of my dreams didn’t come true. I had to give them up because my body just wouldn’t accomplish them no matter what I did, but the Lord was so gracious to give me new dreams, better dreams. And here I am 20 years later with the best husband anyone could dream up, a daughter more amazing than I could ever have imagined, and a lot of life still ahead of me. That’s our God. He loves to gives His children good gifts. He loves to be called upon. He loves to surprise us when we least expect it. And I’m thankful that He is even now using the folly of those years so long ago to reach out and give hope and encouragement to others.

“I could never have imagined that I would be sitting up in the hospital at this age being the go-to person for giving hope, love, and light to people who are as lost in the weeds of CF now as I was then. I’m so thankful that the Lord has let me live to see this, to be this. I know how much I would’ve given to have had someone for me like I am able to be for these folks.”

Daniel and Kelly Crawford received the devastating news that their unborn son Abel had Trisomy18, a genetic condition incompatible with life. Shortly after he was born, they wrote on their blog,

“[W]e’ve been living in this challenging tension since last July… a total inability to control or manipulate an outcome, which forces you to make a decision: we can fall headlong into depression & despair, or we can return to the promises of the Faithful One.

“So just as we’ve tried to do all along, we want to live out Psalm 143:8 and remind ourselves of God’s steadfast trustworthiness every morning. We want to cling to 2 Corinthians 4:16-18, setting our gaze on our great eternal Hope amidst affliction. And we want to remember James 4:14-15, seizing every precious hour of every precious day and knowing that even you & I are never guaranteed tomorrow.

“God’s sovereignty is something I have subscribed to wholeheartedly for a good long while, but you really ‘put your money where your mouth is’ in these scenarios that truly are out of your hands.”

Their precious little boy lived for 15 days before slipping out of his mama’s arms into Jesus’ arms. The just-right tool of Trisomy18 was what God used to fulfill what the Crawfords confidently told the thousands of people who prayed and wept and followed their story: “The ultimate plan and purpose for Abel’s life (and our life) is to glorify the Glorious One.”  And he did.

And then there’s me.

Advanced arthritis on top of Post-Polio Syndrome means I now need a walker instead of just a cane to walk and stand. Most steps hurt. Two ortho docs have said I will need both hips replaced, but post-surgery rehabbing is questionable when one of my legs is basically worthless. Could this be a just-right tool in God’s hand?

I choose to believe it is. Every day I have the choice to remember and give thanks that a good and loving God is in control. I’ve always lived with a lot on my plate, but He has allowed my “plate” to get smaller. As I upgraded to a walker, I downgraded from a dinner plate to a bread plate. Like Barbara, limitations abound and I have to check with the Lord: what do You want me to do?

I have seen God do some marvelous things in my family through this new challenge. He is good. I may be falling apart on the outside, but my “inner man” is more vibrant than ever, as long as I cling to the truth that God is good.

That’s my story and I’m sticking with it.