Pokemon, also known as pocket monsters, has become the biggest game phenomenon among pre-adolescents in modern history. It has not only won the hearts of young boys, but young girls as well.

Pokemon has not only captured the game and collecting market among young people; it has also captured the financial market. Pokemon began in Japan as a Nintendo Game Boy game, and now encompasses television with a cartoon program by the same name, plush toys, posters, coloring books, T-shirts, comics, audio CD’s, strategy books, hats, and a growing list of other possibilities. Mewtwo Strikes Back, a full-length motion picture, will be out November 10th.

And Who Is Pokemon?

In The Land of Pokemon there are dozens of exotic little monsters who have magical powers. They come in all shapes and sizes and have both strengths and weaknesses. However, they can be trained. The goal of the trainer is not only to have the right Pokemon for the event but also to have properly trained the Pokemon. Thus, the trainer can ultimately capture them all and become a master.

Pokemon have more working for them than having strengths and weaknesses; they also have the ability to evolve into “higher forms” by making a conscious choice rather than evolving as a matter of, –oh well!– evolution. Pokemon can either evolve or devolve depending on the trainer’s needs. Pokemon also has characters that are psychic or ghostly, thereby giving them advantages by displaying supernatural powers.

Problems in the Land of Pokemon

As mentioned earlier, Pokemon has captured the minds and hearts of our youth, not to mention their pocketbooks. The game has become so competitive that parents have begun to make purchases while their young players are in school. A recent Dallas Morning News editorial, written by a Dallas-area mom, bemoaned the fact that parents have ruined Pokemon for children because they have purchased unfairly and taken the fun out of the game for children in general. It seems that parents have become over-zealous in their desire to give their children every advantage.

Another problem that Pokemon raises is that young peole cannot make good decisions about when to play and “not” play. A growing number of schoolteachers and schools have banned Pokemon from their schools and classrooms. Students have difficulty leaving playtime at the classroom door, thereby not giving the teacher their full attention during class.

Students also have difficulty dealing with their emotions after making a “bad” trade or purchase. It is not uncommon for a student to become depressed after a bad deal literally ruining his day.

There have been reports of young people having their valuable cards stolen on campus or in the clssroom. You can imagine the trauma of having your card collection of several hundred dollars disappear.

Eric, a thirteen-year-old enthusiast, said, “It’s highly addictive and I think it’s fun that there’s a world out there with imaginary creatures that you can control and are highly powerful.” 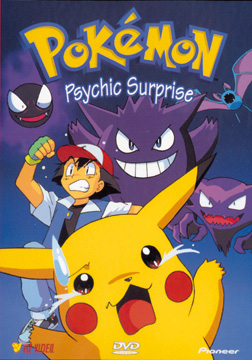 Another problem, and one that the Christian cannot ignore, is the occultic influence that comes with the game. Pokemon who have psychic abilities and are able to evolve or devolve introduce an occultic world that young people may not have the maturity to deal with. The wise parent will oversee this child’s activities and playtime, interacting with his child, and instructing his son or daughter in their faith. In a word, it offers the parent a teachable moment that may not otherwise occur.

Teachable moments are precious and few. It is not uncommon for Christian parents to overreact and want to protect their children from all negative influences in their lives. However, it may be an opportunity for parents to teach their children a biblical truth, rather than calling for the censors.

The fact that Pokemon opens a door into the realm of the occult and the world of fantasy should concern parents because it can easily lead to a deeper involvement with other games that are more seductive and ultimately deadly.

A concern worth noting is that Pokemon may whet the appetite for more sophisticated fantasy games such as Magic and ultimately Dungeons and Dragons. Pokemon is primarily played by elementary-aged students, whereas Magic is played by junior high students, and Dungeons and Dragons is mostly played by students in high school and older. Each game introduces the player to more and more seductive and occult fantasies and activities.

What is a Parent to Do?

If you have decided that your child will be allowed to play, it would be wise to limit the time he or she can play. Set limitations on when your child can play–after homework is done, chores are completed, etc.

It may be wise to limit the amount of money that will be used for the game. Pokemon, with its addictive potential, can easily become a money pit. It may be instructive to encourage your child to use his own money that he has earned through chores, for example. Learning the value of a dollar is always a good lesson to learn.

We need to ask the question, What is this game teaching me–or my child–about magic, power, God, and spirituality? Do the answers to these questions bring my child or me into a closer relationship with God? If not, why?

Positive Lessons to Be Learned 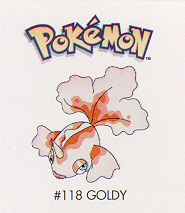 Pokemon has positive lessons to be learned. However, these lessons need to be channeled in a productive manner. Proponents of the game offer several reasons why Pokemon is and can be enriching.

First, the game is a social time for engaging in friendly play.

Second, the game fosters cooperation. It takes the help of one’s playmates to capture and train all one hundred and fifty-plus Pokemon.

Third, the game helps the player develop skills in using strategy, thinking, and memorization. The game also encourages a child to develop reading skills so he can achieve mastery.

Fourth, the game promotes negotiation and organization skills that may be useful in life.

Pokemon helps develop positive skills in the life of a young person. However, the game can easily become addictive and disruptive. The introduction of psychic powers and other occultic manifestations are indeed troublesome. We as parents must be proactive in teaching our children how to discern those things that are destructive to their relationship with God.

We must keep our focus on the things of God. Philippians 4:8 tells us to keep our minds on those things that are true, noble, just, pure, lovely and of good report. These are the things that we are to dwell on–not on the magical world of fantasy and psychic power.