I asked Cara Polsley, author of the forthcoming book The Bible and the Holographic Universe, to share her faith-building story that encourages me to ask big, bold prayers of a God who is still willing to do the miraculous. 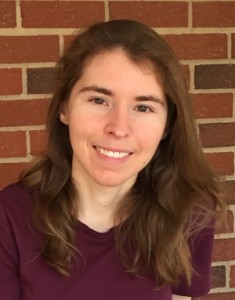 Dr. Cynthia “Cara” Polsley is a writer, researcher, teacher, and speaker. An alumna of the University of Kansas (Classics), she received her Ph.D. in Classics (Classical Philology) from Yale University, with a background in Greek and Latin languages and linguistics, ancient civilization and history, and literature. Her work emphasizes social commentary, narratology, and the inerrancy and intricacy of the Bible. A spinal cord injury survivor and blogger at www.cpolsley.com, she is author of the science fiction series Ifscapes and manager/co-founder of the tech start-up Cordical LC.

“He is your praise, and He is your God, who has done for you these great and awesome things which your eyes have seen” (Deut. 10:21, NKJV).

Moses spoke these words to Israel over 3,000 years ago. Fast-forwarding to today, I understand what he means. We don’t always notice God moving. After all, not everyone crosses a sea on dry land or drinks water from a rock. But God is the same God, still doing miracles. When He does, it’s a praise to share them.

That’s why it’s a praise to give you a glimpse of what the Lord has done for my family since a car accident almost killed us and left me paralyzed in 2013.

It was a beautiful summer day with barely a cloud in the sky, a perfect day for a family gathering. Seven of us were driving home on the highway. We’d had car trouble and were being followed miles behind by my father in a tow truck, but otherwise, it had been a happy morning.

The accident happened in an instant. A distracted driver began speeding. “That guy’s going to hit us,” my brother remembers thinking. The car rammed our bumper and sent our SUV flipping. We flipped about eight times before landing upside-down nearby. My oldest brother rolled onto the pavement. He was on his feet immediately, running after us. Even though he had been thrown out at fifty-five miles an hour, he was only scratched and bruised. Responding officers were incredulous. “Really, how’d you get here?” one asked. Today, my brother has a small scar on his arm.

Our youngest brother was also tossed out on impact. Fully aware, he stood up and walked around shakily until he felt dizzy. At the hospital, doctors found that his lower back had been broken and had then fused together on the spot. After a brief stint in ICU, he was released. He’s now a thriving researcher, teacher, and graduate student, always on the go.

Our niece and nephew, five and three, were still fastened in their seats beside the broken windows. Neither child was admitted to the hospital or had any substantial injuries, even though my nephew spent several months blaming every bug bite and bruise on the accident.

God wasn’t done. My father observed that photographs revealed a “bubble of protection” around my mother’s place in the driver’s seat. The glass and steering wheel in front of her was intact. Her neck and wrist were broken, and she had sustained a severe concussion. After some time in ICU and months of occupational therapy, Mom returned to a busy life working and being an exceptional wife, mother, and grandmother. Her hands dance across the piano keyboard without a trace of injury, much less of a shattered wrist.

My sister-in-law, riding in the passenger seat, had four breaks in her arm. She was told that she would require surgery and that the arm would never be normal again. Four days later, she was in such terrible pain that she went to the local hospital. Her doctor “happened” to be leaving as she entered the ER, and was able to arrange rapid X-rays.

The orthopedic specialist soon came into the room and began unwrapping her arm. “What are you doing?” she exclaimed. “This arm has never been broken,” he said. “And I want to ask you, who grabbed your arm in the accident?” Her elbow bore a bruise shaped like a handprint with thumb and fingers from the outside, as if someone had clasped her elbow. No human had. We’d all been conscious; her window had been unbroken, and she’d crawled out without help.

I was thrown from the car and landed face-down in the grass. My lungs had collapsed. I couldn’t breathe and couldn’t feel my legs. There was an obvious spinal cord injury. An EMS worker named Luke—like the doctor in the Bible—“happened” to be driving home from work and stopped to help. He had special training in spinal injuries and called for a LifeFlight. I can honestly say that I had no fear in the accident or its aftermath. Jesus was with us every step of the way. “God, be with me,” I prayed, knowing He was.

Doctors said that if I survived 6+-hour surgery, I’d never walk again. My spinal cord had been severed. On a respirator, I couldn’t communicate until my sister-in-law interpreted my clumsy letters in sign language. Thankfully, my hands were uninjured, but my neck, back, and ribs had been crushed. Taking a breath, lifting a cup of water, sitting up—everything took effort.

At the end of in-patient rehabilitation, with a lot of assistance, I took six small steps at the parallel bars. Those steps justified out-patient therapy. However, therapists soon determined that the progress was insufficient. “You’ll grow old in a wheelchair,” a well-meaning physical therapist said. “You may see small changes, but they won’t be significant.” Without significant changes, we had a problem. My Ph.D.’s first year had ended with a literal bang. Within the year, I had to resume studies or forfeit my fellowship at an Ivy League program halfway across the country. Additionally, every day off my feet threatened blood pressure issues, worse osteoporosis, and reduced function. How could school happen?

On January 1, 2014, God gave the idea of standing leaning against the kitchen sink (not recommended here). The first day, I stood propped against the counter for four minutes. Three months later, I’d worked up to fourteen hours a day, and was approved for knee-locking leg braces like those used by Franklin D. Roosevelt. Reviewers initially denied the request, but our clinician insisted on letting us try. While waiting, I practiced inching backward with full-length ACL braces and a rolling walker built by my father. A month later, I could go forward with actual braces.

In August 2014, living on prayer and family collaboration, Dad and I made the three-day drive back to school. I couldn’t get up or down from a chair, shuffle to campus in less than an hour, lift a laptop, or carry a book. However, the disabilities office and my academic department were part of God’s provision through countless obstacles. What they could not do, we innovated and prayed to accomplish. They provided a mobility scooter for transportation, placed a podium in each classroom so that I could stand during class, and arranged additional scanning on request through the library. Using a lightweight backpack with safety straps, I managed to carry a computer tablet that weighed about three pounds.

By spring, I was living independently with morning and evening support. One day, bringing home coursework that included a paper facsimile of a certain Egyptian artifact, I texted a photo to my parents: “I just carried the Rosetta Stone!” The rigorous schedule combined teaching, classes, Ph.D. exams, and lectures—academic life—with demands of self-therapy at the gym, sleepless nights, health struggles, and, unwittingly, a broken ankle. But I was singing, loving how God was making things possible. “You believe in God,” a puzzled unbelieving friend observed, “and He is healing you.”

Two examples of His provision. On a high-nutrition diet, I prayed for fish and eggs. The cafeteria, open for select meals on weekdays, served more fish and eggs than usual that week. Later, realizing that the fridge held extra supplies, I randomly opened my Bible to Luke 11:11-13, reading, “[I]f (a son shall) ask a fish, will (his father) for a fish give him a serpent? Or if he shall ask an egg, will he offer him a scorpion?” Another time, I fell at 3 a.m. No one was nearby. Pulling the wall-mounted emergency cord would summon noisy firetrucks. I asked the Lord to preserve the testimony by helping me onto my feet. To this day, it’s a mystery how I got up from the floor.

Christmas 2015 brought a devastating setback. We discovered that my leg was, as doctors said, “impressively” broken due to SCI-induced osteoporosis. After extensive surgery, I wrote my dissertation prospectus lying in bed with an external metal fixator bolted to the bones of my right leg. The leg recovered better than expected.

On the day that I was preparing to travel back to school, I fell. My left leg was now clearly broken. While God hadn’t prevented surgery on the right leg, we prayed. This was it. If He didn’t intervene, there wasn’t enough medical leave left in the Ph.D. program. If God wanted me to finish, He had to make a way.

We prayed for five minutes. At the end, my knee was completely healed, as if nothing had happened. After an hour, we got in the car and were on the road.

Ultimately, the Lord guided through the remainder of the Ph.D. Although officials were too nervous to have me walk across the stage during graduation ceremonies, I walked across it before the diploma ceremony began. It was all Jesus.

I still do hours of walking with braces each day, and am still paralyzed. Nothing is what you would call normal. I believe more is coming, and pray and work toward it, as God wills. Meanwhile, He’s opened doors for writing, teaching, speaking, and more. He continues to do miracles. Though they are not always as expected, His glory and His mercy are everywhere. Sometimes He makes our dependency plainer than others. In those times, it’s especially humbling. Still, isn’t salvation the greatest miracle, and isn’t abundant Christian life meant to testify to God’s glory (Col. 3:23-24)?

As Moses said, God is all about “great and awesome things.” I praise Him for the opportunity to share some wonders that these eyes have seen, and pray that my story, His story, encourages you to watch for Him actively every day—and to realize that He is the same, yesterday, today, and forever.

This blog post originally appeared at blogs.bible.org/is-god-still-doing-miracles/ on March 15, 2022.