Thomas Jefferson created his own version of the New Testament by literally cutting and pasting everything he agreed with, and leaving out anything supernatural. That’s one way to treat what you don’t like in God’s word. Another is the recent publication of the Queen James Bible, where the editors changed eight verses that express God’s prohibitions of homosexual acts to make homosexual expression okay. 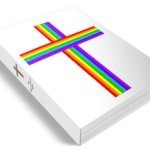 As Bible versions go, this is a rather bizarre one. Legitimate Bibles are translated and thoroughly discussed by a team of scholars whose identities and credentials are freely cited. The identity of the QJV editors is completely opaque, per the QueenJamesBible.com website and, apparently, the printed Bible itself. On Amazon, the author is listed as “God,” with “Jesus Christ” as a contributor.

The King James Version, first published in 1611, is now in the public domain. The editors changed the wording on eight verses that prohibit gay and lesbian practice, leaving the rest of the text unchanged. They explain their reasoning on the website and the printed version. Not a bit of it holds water.

The editors write, “We side with most Bible scholars who understand the story of Sodom and Gomorra to be about bullying strangers.” Most Bible scholars? Maybe the few the editors read. That statement is patently untrue, particularly in the scope of church history. Further, the Hebrew word for “know” is used 946 times in the Old Testament, and not one time does it mean “rape and humiliate.”

Since the command not to participate in pagan child sacrifice to the pagan god Molech immediately precedes the prohibition against men lying with men, the editors decided to incorporate it into verse 22. Interestingly, the verse on the other side of verse 22 prohibits sex with animals, but the editors decided to ignore that one in favor of reconfiguring this classic prohibition against male homosexual acts to be limited to male temple prostitutes.

The editors, citing Paul’s familiarity with the holiness code in Leviticus, decided that “Leviticus, as we know, is intended to condemn ritual impurities associated with pagan idol worship.” So the editors pass the Romans passage–that condemns all same-sex intercourse–through the lens of pagan ritual and idolatry only. They ignore Paul’s use of the word “natural,” which is important because the apostle supports God’s design for male-female pairings in creation.

The two Greek words in this passage were not ambiguous in that culture. Bible scholar Dr. Robert Gagnon explains them: “Malakoi (lit., “soft men,” but taken in the sense of men who feminize themselves to attract male sex partners) and arsenokoitai (literally, “men who lie with [koite] a male [arsen]”) in 1 Cor 6:9 are clearly inclusive of all homosexual bonds. . .” (www.robgagnon.net/articles/HomosexHowBadIsIt.pdf) It is irresponsible to twist these descriptors to mean “morally weak” and “promiscuous.”

The Bible is replete with stories of people who “did what was right in [their] own eyes” (Judges 17:6). It never ends well. The Queen James Bible is another in a long line of unfortunate decisions to set aside what God has said and pursue what people think will make them happy. At the core of the QJV, just as in every self-serving sin each of us indulges in, is a core of rebellion and independence from God.

Editors can change the words they don’t like in God’s word, but it doesn’t change the reality of His created intent for us. One day, the people who published this Bible, just like the people who believe the changes, will face the truth: God knows what He’s doing, and we don’t get a vote in it.

This blog post originally appeared at blogs.bible.org/tapestry/sue_bohlin/queen_james_bible on Dec. 18, 2012