“I’m a Girl Because That’s What Mommy Wanted!” — The Ethics of Screening for Gender Using IVF

The brave new world of the future is not so far away anymore. Fertility clinics, originally created to assist infertile couples have children, can now screen for numerous genetic traits. Are we ready for the responsibility and future ethical questions? My experience says we are woefully unprepared. In our consumer oriented society of the 21st century, we want what we want, when we want it. If a couple has the financial resources and says they are willing to take the medical risks, who can say what they can and can’t do? 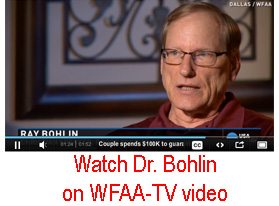 In July 2015 an article appeared on Yahoo Parenting{1} about a couple in Frisco, Texas, north of Dallas. Rosa (36) and Vincent (37) Costa spent $100,000, enduring seven rounds of In Vitro Fertilization (IVF), including one miscarriage, just to ensure their third child would be a girl. Numerous fertility clinics allow infertile couples to genetically screen their embryos for nearly 400 genetic disorders. One additional benefit is that the embryos can also be screened for gender. Gender is a fairly simple assessment. Males will contain an X chromosome and a Y chromosome. Females are XX. These chromosomes are easily identified and distinguished.

This service is becoming more commonplace for couples since a round of IVF can cost around $12,000. If for an additional $6,000, screening can focus on healthy embryos, why not? Identifying the sex of the embryos is an added bonus. But in the last few years, couples like the Costas have mushroomed. Some clinics report a rise of 250%. As one who has addressed the issue of genetic engineering for over twenty years, I have regularly discussed the possibility of choosing the sex of your next child. The primary method used by fertility clinics is to assess gender before implantation. If you desire a girl, then only female embryos are implanted. Embryos of the “wrong” sex can be discarded, frozen for later use, made available for adoption or donated to “science” for stem cell research. Most frozen embryos end up in limbo. They do not stay viable forever. Some frozen embryos have been successfully revived after 5 years in storage. But many are simply discarded. Embryos donated for stem cell research are also ultimately killed. In order to retrieve the valuable embryonic stem cells, the embryo is destroyed.

Consequently, this IVF procedure to guarantee the sex of your child ultimately results in the death of numerous perfectly healthy embryos. So you have perfectly healthy parents sacrificing healthy embryos just to get the male or female child they desire. This cost is far more consequential than the dollar amount. I’m opposed to even discarding genetically challenged embryos for healthy embryos. Now we have crossed the line to create human life in the laboratory with the full intention of sacrificing embryos of the wrong sex. In another article{2}, fertility specialist, Dr. Jeffrey Steinberg, acknowledges he has had the technology to screen for eye-color since 2009. He delayed making it available then due to an outcry from the public. Saying he has a waiting list of 70-80 people, he’s getting ready to make it available again.

But despite the clear loss of innocent human life in our search for a “balanced family” or even worse, children of the preferred eye color, we run into the specter of facing up to responsibilities too few have considered. The Costas, for instance, want a little girl. There is nothing wrong with that necessarily. But what are they really expecting? After all, they’ve spent $100,000 in the effort. The article mentions they will be decorating the new nursery in pink. But what if Olivia, their chosen name, ends up not liking pink? What if she’s a tomboy who doesn’t even like dresses? Or even more extreme, what if she decides as a little girl, she’s really a boy! What do you do then? Even when selecting a child’s gender, you likely have some concept in your mind of what a boy or girl will be like-otherwise, why choose gender at all?

It seems we are unwilling to ask the hard questions. Fertility experts will likely cater to what their clients want. There is competition, after all. One fertility specialist even believes that withholding these technologies puts him in the role of “playing god.” He won’t withhold something a client wants when the technology is available. That equates the consumer as a “god.” The American Idol is not just a performer looking to win a contest to land a lucrative recording contract. The American Idol is personal choice. As I said earlier, if someone says they understand the risks, has the money and wants to pursue a medical technology, whose is going to say no? Should we say no? We have known for some time that absolute power corrupts absolutely. Do we just stand by and allow people to make choices that show an utter disregard for innocent human lives in the pursuit of personal preferences? Life becomes cheap across the board. Everyone is suddenly at risk. Where do we draw the line?

My great concern is that public demand, not reasonable ethical considerations, will guide medical decisions. Do we really not have the collective will to say there are some medical procedures or even experiments we will not do?