Ash Plumes and the Sovereignty of God

Sunday, April 18, 2010 – This is not a story with a happy ending, because the story hasn’t ended yet. Ray Bohlin, Todd Kappelman and I, along with millions of other travelers stranded around the globe, are in Frankfurt, Germany far longer than the eighteen hours we expected to be here on our way home from Minsk, Belarus. 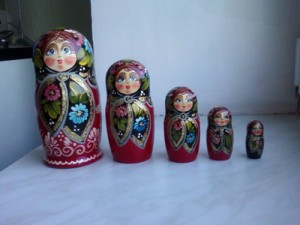 For two weeks, we were privileged to share some of Probe’s worldview and apologetics material with young adult believers and future church leaders in Belarus. This country was part of the former Soviet Union, located between Poland and Russia. Until “freedom came” (their term) in 1991 with the fall of the USSR, it labored under the oppression of communism. The spiritual darkness of this country is part of the oppression as well. One of Ray’s spiritual gifts is discernment, and he feels the weight of oppression and darkness from the moment we get off the plane. Even though God has blessed me with a sunny disposition, the unending ugly gray, featureless, monstrously huge apartment buildings thrown up by the government to house millions of citizens as if they were animals, depresses my spirit as well.

But it was a good, rich time with our friends in Belarus; they appreciated our teaching styles, the (very different!) material we presented, and the way we loved them. The warm reception from those we spent time with last year was encouraging to us, as were the tears at the farewell ceremony from this year’s new friends. We have been invited back with opportunities to expand our ministry there, and we look forward to returning next year.

Belarus is not kind to people with disabilities. As one now living in the throes of post-polio syndrome (muscle weakness, fatigue and pain), the ubiquitous stairs make getting around more difficult than I am used to in the U.S., especially since many of my supporters and friends gave generously to allow me to buy a mobility scooter. Neither a scooter nor a wheelchair are of any use in a country with lots of stairs but not elevators or usable ramps, so we don’t bring them to Belarus.

Our time with Belarusian believers was wonderful, but we gladly flew to Frankfurt, where we were grateful for simple things that are easy to take for granted, like absorbable and flushable toilet paper, and safe tap water. Before leaving Minsk we learned about the volcanic eruption in Iceland, but it was too far away to have any impact on our flight. We checked our bags all the way through to DFW from Minsk, since we only had a one-night stay in Frankfurt. My small sack with nightwear and a change of clothing was inadvertently stuck in one of the checked bags instead of a carry-on, but I shrugged it off since it was only one night.

That’s what we thought.

The Frankfurt airport was closed to air traffic at 8 a.m. Although the lines to rebook flights were impossibly long, Lufthansa (my new favorite airline) designates an office and waiting area for special needs passengers, especially those with handicaps. They got us confirmed seats on the next day’s flight, and Lufthansa gave us vouchers for hotel rooms and that night’s dinner in the hotel restaurant. Since the rooms would not be available till after 2 p.m., we enjoyed a leisurely lunch in the airport. There were so many people it reminded me of being at Disneyland on New Year’s Day.

A shuttle took us and a bus full of other passengers to the hotel, ten minutes from the airport. And here we stay, so grateful to have been provided a bed to sleep in and three meals a day when thousands of people are stuck at the airport because their airline does not cover these needs, or their visa does not allow them to leave the transit zone.

As the world now knows, the ash plume continues to push its way into Northern Europe, at the same high altitude as the jets fly, where they can suck in small, jagged pieces of volcanic rock and glass that also conduct electricity and cause total engine failure. No one knows when it will be safe to fly again. No one knows when we will get to our destinations. And there is no one to get angry with, no one to blame, no one to sue.

Processing this experience through the grid of a biblical worldview colors the way we think about our “adventure.”

We know that God is in control of volcanoes, and eruptions, and winds, and the timing of it all. He is in control of the world’s flight systems. He is in control of our schedules. He knew when He allowed us to be stranded in Germany that Todd had classes to teach at Dallas Baptist University, that Ray had a number of events and meetings scheduled in his role as president of Probe, that I had several Christian Women’s Club luncheons to speak at in New Mexico this week. And He allowed us to be stranded in far-easier Germany, not in Belarus; twenty-four hours later, and our flight out of Minsk would have been cancelled. He provided food and shelter for us. He has given grace for Ray and me to have our laptops with us with easy internet access from our room, and He helped me find and disable the virus that infected Ray’s computer last week.

We don’t know how long we will be here, or when we’ll see our luggage again. We DO know that God is good, and the fact that we have been blessed with so much favor doesn’t mean that He loves the people stuck inside security at the airport any less. Or that any of us did anything wrong to have Him punish us.

And we are aware that the more the world grows flat and interconnected, the greater the fragility of the systems. So much of our comforts and our technology relies on everything continuing to run smoothly without interruption. It is good for us as human beings to be reminded that we are not the masters of our fate or the captains of our souls, as the obnoxiously humanistic poem Invictus declares. God is bigger and more powerful than we are; a nature that has been impacted by the Fall, producing things like the disruptions from volcanic eruptions, is bigger and more powerful than we are. We are tiny and insignificant in the face of something like Iceland’s exploding mountain; and yet, God still counts the hairs on our head and is still Immanuel, God with us, whether in an “adventure,” or a disaster, or the blessedly uneventful days of blessedly uneventful routine.

And we rest, as trustful children, in these wonderful truths. All the way to the end of the story, however it ends.

It is a happy ending!

Late yesterday afternoon, Lufthansa summoned their international passengers to the airport because they were going to let a handful of flights depart. One of them was to the U.S., and Ray said, “It doesn’t matter what city it is, if it’s on American soil. We can always get to Dallas, if we can just get out of Germany!” Although this flight to Chicago was fully booked, not all the passengers made it to the airport, and all three of us were given seats. We arrived in Chicago at midnight, and to our amazement, all our bags were on that flight. Since they were tagged for Dallas/Ft. Worth and there was only a small window of time from when we received our boarding passes, we were amazed and delighted to see them.

We were able to get some of the last seats on a 6 a.m. flight to Dallas, and a few hours later we were back at home, grateful, blessed and tired.

And ready for a shower and a change of clothes!