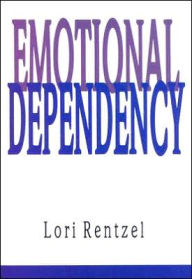 It’s so easy to look down our 21st-century noses at the “primitive” peoples of biblical times, especially Israel’s problems with idolatry in the Old Testament. “WE don’t bow down before idols and false gods,” we think. “That was when people were less evolved intellectually and spiritually, but we modern people are so much better than that.”

I’m wondering if God agrees. I don’t think so.

I think that idolatry is at least as rampant in our society, but it’s more pervasive because it’s so subtle; the idols we worship aren’t physical, tangible items. We could create a long list of the abstractions we worship, but today I just want to focus on one.

Our culture treats feelings as if they were an inerrant internal compass that always points to truth and reality. “Follow your heart.” “What does your gut say?” “You can’t help who you fall in love with.”

Young people of all ages dress, act, and talk in ways that will make them feel popular and accepted by their peers.

Married people find themselves attracted to someone other than their spouse, and they feed the marvelous feelings of infatuation because it makes them feel so alive and magical.

We indulge bodily appetites, whether for sweets or drink or overeating or sexual pleasure, because they feel so good and because refusing to indulge them feels so bad.

We are happily addicted to our comfort because we believe that feeling comfortable is a basic right of life. So we don’t give ourselves away in service projects or missions trips or going without in order to use the money for someone who has less than we do, because then we wouldn’t feel so comfortable.

Why is this? Why do we make our feelings into idols?

I believe it’s because the toxic “pickling brine” of our culture puts a much higher emphasis on the immediate, the here-and-now, of the physical world (which our feelings are part of). The majority of Christians, the research shows, think just like the non-Christian world around us, and that includes ignoring the unseen, eternal world and focusing on the visible, temporal world.

When we recalibrate our focus to include the unseen sphere of life, we are aware of the spiritual dimension of life and not just the physical. It makes us more balanced people. We can put feelings in their place: they are like lights on the dashboard of our car, indicating what’s going on “under the hood.” But if we focus on the dashboard lights while we drive, instead of on the road, we’ll run off the road—or worse, crash. We can acknowledge them but refuse to let them lead us.

For example, Hebrews 12:2 tells us that the Lord Jesus “for the joy set before Him, endured the cross, despising the shame.” He focused on the eternal (the joy set before Him) instead of the temporal (the shame of the cross). Corrie Ten Boom wisely said, “Don’t pray when you feel like it. Have an appointment with the Lord and keep it.” This lady really understood how to put feelings in their place. This survivor of the WWII death camps also said, “Forgiveness is an act of the will, and the will can function regardless of the temperature of the heart.”

Feelings are not evil; we have feelings because we are made in the image of a passionate God who experiences a robust range of feelings. But they are fallen because everything about us is fallen ever since sin entered the world.

This blog post originally appeared at
blogs.bible.org/engage/sue_bohlin/feelings_a_lousy_idol
on May 10, 2011.