How Should We Think About Texas’ First Same Sex Wedding?

Last week saw a front-page story of Texas’ first gay marriage. I asked my friend Hope Harris to guest blog for me, responding to this event out of her decades of experience and perspective as a former gay activist before Jesus changed everything in her life.

For well over 25 years I lived openly as a lesbian, advocating for gay rights and Marriage Equality. Just over six years ago I trusted Christ, and since then I have wrestled in depth with resolving my faith and sexuality, gender roles and Marriage Equality. Because of my belief that God’s Word is true, I have landed on the side of the Biblical view of these issues. I can’t even begin to express what a transformation God has made in me, that He would bring me to the place where I embrace the Biblical definition of marriage as between one man and one woman.

Last week, on February 19, 2015, Suzanne Bryant and Sarah Goodfriend became the first same sex couple to legally wed in the state of Texas. Shortly after the ceremony, the Texas Supreme Court responded with a stay, making it clear that this same sex marriage license is illegal and is not legally binding. This was a one-time marriage license granted by a probate judge based on the fact that one of the women is battling ovarian cancer, because it is possible that Ms. Goodfriend may not live to see same sex marriage legal in the state of Texas.

How should we think about this?

Let’s start with the premise by which this couple was granted a marriage license. It is based on Ms. Goodfriend’s cancer battle; there is limited information available as to what stage her cancer has progressed to. In its article “Women Wed in Texas”{1}, the Dallas Morning News states,

“Goodfriend, policy director for state Rep. Celia Israel, said during a news conference that her last chemotherapy treatment was 4 1/2 months ago. But, she added: “All of us wonder if the cancer grows back along with the hair growing back.”

I am sorry that Ms. Goodfriend is suffering from ovarian cancer and my prayers are with her for full restoration of health. Furthermore, this not a personal attack on Ms. Goodfriend or her partner Ms. Bryant.

From my experience as an advocate for Marriage Equality, I see this as a public appeal to gain sympathy for same sex couples in Texas. After all, who would deny a “dying woman” and her faithful partner of 31 years the right to make medical and legal decisions? On the surface this sounds like a valid reason to side with the couple—after all, this is a one—time exception.

First, the couple themselves are well educated individuals. Ms. Bryant is an attorney who graduated from Duke Law School. She specializes in second parent adoptions for alternative families, meaning same sex couples. Ms. Goodfriend holds a Ph.D. in Economics from UNC.

It is a fact these women are long term partners and based on their level of education and positions, it would be hard to believe that they have not long ago obtained medical power of attorney and given each other the legal right to make medical decision should the other not have the fortitude to do so. Additionally I am sure they have had the foresight to make funeral arrangements as well.

Let’s look at another aspect of this situation that appeals to our sense of equality and justice.

Bryant said Thursday that being legally married to Goodfriend, who has ovarian cancer, would ensure inheritance. . . “Financially, now we’re intertwined, and we will have community property that we will share.”

As mentioned above, the couple is well educated, and they have the ability—apart from marriage—to legally ensure that their joint property goes to the parties they intend it to, such as the remaining partner and their two adopted daughters. I see this as a ploy to gain the compassion and understanding of their fellow Texans for the larger agenda of granting all same sex couples the rights, responsibilities and portability now granted to heterosexual couples in the State of Texas.

What should our response be as Christ followers who want to uphold the Biblical definition of marriage?

It is crucial that we have each resolved that the Biblical definition is God’s best plan for humanity. I can assure you that the battle is just gaining momentum in Texas. As it does it will also bring many heated and harsh exchanges between people on both sides of the issue, in public forums, town meetings, churches and personal conversations. Anger will be most intense towards those who stand on the side of Biblical marriage.

Understand that those advocating for Marriage Equality often view Christians as unkind, uneducated and intolerant. Because of this, I believe it is all the more necessary for God’s people to become educated. Learn to effectively demonstrate a balance of love and truth. Become men and women who can exercise empathy and compassion without compromise to those with opposing views. Below are three common positions most often brought to the forefront of the Marriage Equality argument.

Social Constructs Argument: Men and women are equal and able to effectively carry out the roles of the opposite gender in traditional marriages.

Understand that gay marriage dilutes the value of marriage by insisting that there is nothing intrinsically essential about the balance of male and female. It will further weaken the family bonds that God ordained.

Same sex marriage is not a civil right, by definition; civil rights are based on socio-economic changes rather than emotional wants and physical attractions.

I have always found this position personally offensive to men and women of color who fought tirelessly to gain equal footing to their counterparts here in the United States. From the perspective of one formerly immersed in the gay culture, I can attest that the majority of the LGBT community are well educated Caucasians who have not suffered the civil injustices people of color have.

Religious Argument: It is necessary to redefine marriage and sexual identity as a cultural norm in order to justify living as one’s “authentic self,” according to one’s primary attractions.

God created sexuality as complete and perfect; however, as the result of sin entering the world, humanity now lives with sexual and relational brokenness. People are using the term “authentic self’ to describe what is actually flesh, the part of us operating independently from God and His intentions for us.

The cultural tide is sweeping the church, not only accepting but affirming men and women who chose their primary identity as gay rather than as a redeemed child of God. Furthermore, many so-called “gay Christians” are advocating redefining God’s design for marriage and sexuality as it is stated in the Bible. (So many people have become desensitized to this label or identity that it fails to disturb any more. How would we respond if a group started a “Christian swingers” or “KKK for Christ” movement?)

This position diminishes the integrity of the Bible as absolute Truth and God-inspired, with the ability to evaluate and direct our lives to become the people God calls us to be.

For those who embrace the Biblical definition of marriage being between one man and one woman, there are moral, ethical and theological implications—for Christians, churches, and pastors in Texas, the United States and beyond. We must not succumb to the cultural tidal wave challenging God’s definition of marriage. Be brave and courageous, friends. Stand firm in God’s Truth. Keep a level head and a calm spirit, and speak the truth in love. 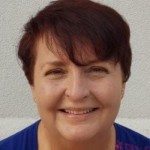