“What is the Pervading Christian Thought on Birth Control?”

I have a question about birth control. Until recently, I was under the impression that being on “the pill” meant that a woman did not ovulate and therefore, could not get pregnant. Upon some research, I was horrified to find out that women taking the pill can actually ovulate up to 50% of the time. When this occurs, the egg is harder to fertilize, but if it does become fertilized, the lining of the uterus will not allow the zygote to be attached, therefore causing the zygote to be aborted without the woman ever knowing it.

What is the pervading Christian thought on this? My husband and I are not Catholic, and we do not have a problem with birth control, but if it is essentially working like the morning after pill I want nothing to do with it. We were both surprised that no church other than the Catholic church has taken a stance on this.

There IS no pervading Christian thought on this issue. There is no pervading thought even among Christian OB-GYNs, it turns out. The reason is that they truly don’t know the pill’s effect on the uterine lining and just exactly how abortifacient it is. There is no data to support the claim that the pill causes miscarriages. It would be very helpful if such data existed! 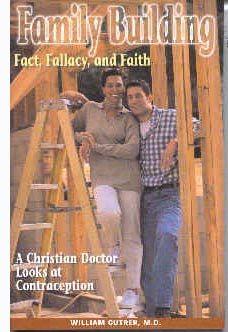 I read an excellent booklet by Dr. Bill Cutrer about a Christian perspective on birth control (Family Building: Fact, Fallacy and Faith) and he didn’t say anything about women on the pill ovulating up to 50% of the time. Frankly, I am suspicious of that claim for more than a few women. He also said that a fertilized embryo is amazingly able to start growing in the most inhospitable environments, such as the fallopian tubes, intestines and even spleen, so the abortifacient characteristics of COC (combination oral contraceptives) are not absolute.

His perspective is that couples should be aware of the risks of the pill to both the mother and the unborn baby, and alternative contraceptives should be considered. The evidence is not as strong as some would make it out to be, but nonetheless other forms of contraception would be good to discuss.

I hope this helps; I would suggest you get the pamphlet and read it for yourself (you can order it from FamilyLife at www.familylife.com).