Heterosexual and Homosexual Marriages – Are Straight and Gay Marriages Identical?

Although Kerby wrote this article before same-sex marriage was legalized, his assessment of homosexual relationships has not changed because the intrinsically disordered nature of same-sex relationships has not changed. He identifies the measurable benefits of heterosexual marriage over other types of family set ups. Then he considers the difficulties introduced by homosexual marriage in obtaining the same benefits. With the fundamental differences between them, considering them to be equivalent will not make it so. 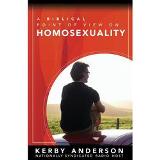 An excellent summary of the studies done on married people can be found in the book, The Case for Marriage: Why Married People are Happier, Healthier, and Better off Financially by Linda Waite and Maggie Gallagher.{2} Here are just a few of the many findings from the research:

• Married people are much happier and likely to be less unhappy than any other group of people.

• Married people suffer less from long-term illnesses than those who are unmarried.

• Married people are less likely to engage in unhealthy behaviors such as drug and alcohol abuse.

• Married people have twice the amount of sex as single people and report greater levels of satisfaction in the area of sexual intimacy.

Researchers at the Heritage Foundation have also compiled numerous statistics that also demonstrate the positive impact of marriage. Traditional marriages have higher incomes when compared to step families, cohabiting couples, or those who never married.{7} Traditional marriages also result in lower welfare costs to society when compared to divorced couples or out-of-wedlock births.{8} Married women are less likely to be victims of domestic violence, and married couples are more likely to be happy and less likely to attempt suicide.{9}

The studies compiled by the Heritage Foundation also found many positive effects on children.{10} For example, they found that:

• Children in married families are less like to suffer serious child abuse.

• Children in married families are less likely to end up in jail as adults.

• Children in married families are less likely to be depressed as adolescents.

• Children in married families are less likely to be expelled from school.

• Children in married families are less likely to repeat a grade in school.

• Children in married families are less likely to have developmental problems.

• Children in married families are less likely to have behavioral problems.

• Children in married families are less likely to use drugs (marijuana, cocaine).

• Children in married families are less likely to be sexually active.

Children benefit from traditional marriage in the same way just as was previously mentioned adults. For example, they are better off financially. The National Longitudinal Survey of Youth found that child poverty dramatically increased outside of intact marriages.{11} Children in married homes are generally healthier physically and emotionally when they reach adulthood than children from other home situations.{12}

Although these are relatively recent studies, the conclusions have been known for much longer. In the 1930s, British anthropologist J.D. Unwin studied 86 cultures that stretched across 5,000 years. He found that when a society restricted sex to marriage, it thrived. However, he also found that when a society weakened the sexual ethic of marriage, it deteriorated and eventually disintegrated.{13}

There is good reason to question that assumption. Dr. Timothy Dailey has compiled numerous statistics that demonstrate significant differences.{15} He shows that “committed” homosexual relationships are radically different from married couples in at least six ways: relationship duration, monogamy vs. promiscuity, relationship commitment, number of children being raised, health risks, and rates of intimate partner violence.

Consider the duration of a relationship. Gay activists often point to high divorce rates among married couples, suggesting that heterosexuals fare no better than homosexuals. Research shows, however, that male homosexual relationships last only a fraction of the length of most marriages. By contrast, the National Center for Health Statistics reported that 66% of first marriages last ten years or longer, with 50% lasting twenty years or longer.{16}

Various studies of homosexual relationships show a much different picture. For example, the Gay/Lesbian Consumer Online Census of nearly 8,000 homosexuals found that only 15% described their “current relationship” lasting twelve years or longer.{17} A study of homosexual men in the Netherlands published in the journal AIDS found that the “duration of steady partnerships” was one and a half years.{18} In a study of male homosexuality in reported in Western Sexuality: Practice and Precept in Past and Present Times, Pollak found that “few homosexual relationships last longer than two years, with many men reporting hundreds of lifetime partners.”{19}

Another key difference is “monogamy versus promiscuity.” Married heterosexual couples are more monogamous than the popular culture and media would have you believe. A national survey published in the Journal of Sex Research found that 77% of married men and 88% of married women had remained faithful to their marriage vows.{20} A national survey in The Social Organization of Sexuality: Sexual Practices in the United States came to essentially the same conclusions (75% of husbands and 85% of wives).{21}

By contrast, homosexuals were much less monogamous and much more promiscuous. In the classic study by Bell and Weinberg, they found that 43% of white male homosexuals had sex with 500 or more partners, with 28% having 1,000 or more sex partners.{22} And a Dutch study of partnered homosexuals, published in the journal AIDS, found that men with a steady partner nevertheless had an average of eight sexual partners per year.{23}

A third difference between heterosexual and homosexual couples is “level of commitment.” Timothy Dailey argues: “If homosexuals and lesbians truly desired the same kind of commitment signified by marriage, then one would expect them to take advantage of the opportunity to enter into civil unions or registered partnerships.”{25} This would provide them with legal recognition as well as legal rights. However, it is clear that few homosexuals and lesbians have chosen to take advantage of these various unions (same-sex marriage, civil unions, domestic partnerships), suggesting a difference in commitment compared with married couples.

These three differences (along with others detailed by Timothy Dailey) demonstrate a significant difference between heterosexual and homosexual relationships. Gay and lesbian couples appear less likely to commit themselves to the type of monogamous relationship found in traditional marriage.

Many in the homosexual movement say that their feelings are natural. Often they even say that their feelings are God-given. So how could they be wrong? Years ago Debbie Boone sang a song with the lyrics, “How can it be so wrong when it feels so right?” That is the argument from many in the homosexual movement. It feels natural, so it must be natural.

But God’s character as revealed in the Bible should be our standard. There are many sinful acts that feel natural, but that does not mean they are moral. Romans 1:26-27 makes it very clear that these passions are unnatural:

For this reason God gave them over to degrading passions; for their women exchanged the natural function for that which is unnatural, and in the same way also the men abandoned the natural function of the woman and burned in their desire toward one another, men with men committing indecent acts and receiving in their own persons the due penalty of their error.

Homosexual desires and temptations may feel natural to some people, but they are not what God intends for human beings. Any sexual encounter outside of marriage is immoral. The Bible refers to the sin of sexual immorality nearly four dozen times. Homosexuality, along with fornication and adultery, are all examples of sexual immorality.

Although God created a perfect world (Genesis 1-2), it was spoiled by sin. The effects of sin impact us physically, emotionally, and spiritually. Homosexual temptation, like other sexual temptations, is a result of the fall (Genesis 3). When Jesus was confronted by the Pharisees, He reminded them that God “created them from the beginning made them male and female, and said, ‘for this reason a man shall leave his father and mother and be joined to his wife, and the two shall become one flesh’” (Matthew 19:4-5).