Why I’m the Lady in the Hat 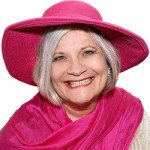 It’s pretty easy to find me at our church; I’m the one always in a hat. Someone always makes an affirming comment like “Love the hat!”—and probably the biggest reason is that I’m the only one wearing one. Even in a church of 5,000 people. Most people assume it’s a fashion statement, but I wear a hat after wrestling with God over the issue of headcoverings for six years.

For years, I dismissed 1 Corinthians 11 as culturally bound and obsolete: women don’t cover their heads in worship anymore because. . . well, because we just don’t. Slam dunk.

Then I discovered that it had been a worldwide practice in the church for almost 2,000 years until just a few decades ago. As the result of an inaccurate reporting of the proceedings of Vatican II (as I understand it), it was like a rumor swept through Christianity: “no more covering.” And since the fashion of wearing hats in public had changed, it was nothing more than a pointless relic to most churchgoers, gladly dropped.

Then I came across an argument for 1 Corinthians 11 that I couldn’t counter.  In this passage, there are three glories: man, who is God’s glory; woman, who is man’s glory, and the woman’s long hair, which is her glory. When a woman covers, she is covering two glories—her own, and the man’s. This leaves only God’s glory—the man—uncovered during worship.

Finally, there was one verse in that chapter that clinched it for me: 10 For this reason a woman should have a symbol of authority on her head, because of the angels. Ohhh. . . the angels. The beings present when we worship, who “long to look into these things” (1 Peter 1:12) like forgiveness and reconciliation and grace and redemption. 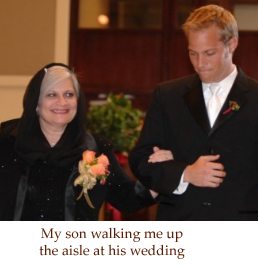 So I looked for someone to tell me what that symbol of authority should be, if not a physical symbol. A wedding ring? Doesn’t work for unmarried women. Hair? That’s already standard issue for women, even unsubmissive rebellious ones. I asked my husband what he thought, and he gently replied, “I can’t see any other conclusion from the text. I’ve always thought wearing a covering is what is commanded.”

So I gave in, and started wearing a hat because of the angels. I don’t understand what difference it makes to them, but they know why I’m the lady in the hat.

I was not prepared for the personal blessing that came as a result: I love feeling so feminine! I’ve also been blessed by the way men seem to have a visceral, positive reaction to the sight of a woman in a hat.

This blog post originally appeared at blogs.bible.org/engage/sue_bohlin/why_i_am_“the_lady_in_the_hat” on Oct. 13, 2009