Vanguard: Fall 2017 News for Our Donors

He Followed the Evidence 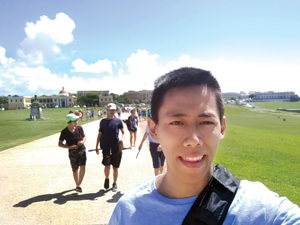 Selfie taken by Van this Summer

Van was born in Vietnam. He’s an atheist who always told himself he’d follow the truth wherever it led. But when he discovered a wealth of evidence this Spring for the resurrection of Jesus, would his resolve be enough to forsake the only life he’d ever known?

Meet Van. He recently graduated from the University of Texas at Dallas with a degree in finance. He’s a quiet and studious young man who grew up in a good family just outside Dallas. His parents immigrated to the States from Vietnam when he was young to live the American dream. Van thought of himself an atheist even though his background was Buddhist.

Van considered himself a student of truth from a young age. Early on he determined to follow the evidence even if it led to a completely different life. In high school he debated a friend and fellow classmate on the existence of God. And through it he gained a respect for the voice of Christians in conversations about our origins and where everything came from. He decided to read the Bible for himself.

This past year Van’s best friend (a Christian) began displaying symptoms of a mental illness. Van felt bad for his friend. Sadly his friend’s condition worsened until he withdrew from school. Van was disheartened. He witnessed first-hand a Christian struggle in his soul, while depending on Christ. It was different. Van knew Christ could be the only way his friend was getting through such an impossible situation.

Van’s friend was suffering. And he knew that Jesus also suffered. Suddenly Van began to see his friend as looking like Jesus. Van was very shaken up — spiritually speaking.

The week before this Easter, Van ran into Probe staffer Byron Barlowe at a booth on campus having conversations about the resurrection of Jesus Christ. Byron and Van discussed the resurrection and some alternate theories as well. Van was overwhelmed. He thought the resurrection made sense. But he told Byron, “There’s something missing.”

Byron answered. “What’s missing is answered by the question, ‘Does Christ dying on the cross and rising again have anything to do with you and paying for your sins?’” Van took Byron’s number. Then he walked away thoughtfully.

They’ve been meeting since then to study the Bible, so Van can grow in his new found faith.

Is Probe Ministries a Hate Group? A Response to the SPLC 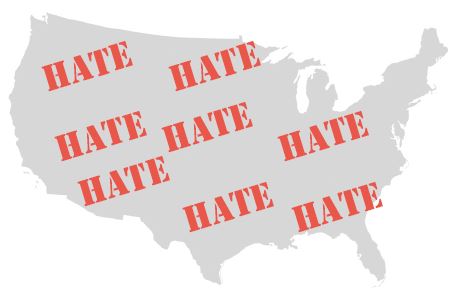 CNN recently released a map of the US showing the hate groups identified by the Southern Poverty Law Center. Probe has been on that list as an “anti-LGBT hate group” for two years. The reasons the SPLC gave a reporter for including us were patently untrue, accusing us of saying things we don’t say and don’t believe. It is mainly my writings on LGBT issues they object to. But they wouldn’t even talk to me.

We were tagged an “anti-LGBT” hate group because we don’t agree with the LGBT agenda. We align ourselves with the Bible’s standards. We believe God designed marriage between one man and one woman, and that all sex outside of marriage violates God’s good design for human sexuality. Unfortunately, these days mere disagreement is called hate. I have repeatedly invited people to identify the hate-filled words on our website so I can change them, but no one has ever identified any. I believe that is because you won’t find words of hate on our website or in any of our recorded messages.

I’m the primary writer and speaker about homosexuality and gender issues for Probe. It might be helpful for you to know that for 18 years I have also served with Living Hope Ministries, which helps people deal with unwanted homosexuality, and also serves the family members of those who have chosen to embrace a gay identity. I have walked with a lot of women as they process the reasons for their attractions and experience a shift in their beliefs and attitudes (and sometimes attractions as well, though not always). They are so very dear to me, and I love being their cheerleader and encourager.

As my pastor says, “Truth sounds like hate to those who hate the truth.” There are so many cultural lies about God’s design for sex and identity that when we proclaim God’s truth in a culture that embraces lies, we get called hateful and discriminatory.

Probe is all about helping people think biblically about a wide range of topics. We offer biblical truth — even when it’s unpopular.

We are grateful for how your support of Probe allows us to continue to proclaim God’s truth about gender, marriage and
sexuality in an increasingly dark and hostile world.

So no, we’re not a hate group. We’re a truth group, seeking to speak the truth in love. And truth haters are gonna hate.

[Editor’s note: Just this month the Department of Defense dropped citations to the SPLC’s hate group listings in its training manual — a big win!] 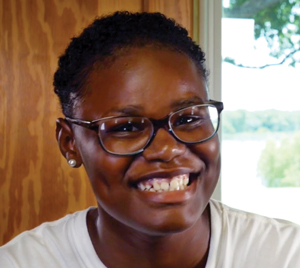 DENTON, Texas. I sat down with Mind Games 2017 camper Kei’Aysha to ask about her experience that week. Her story is incredible. Let me share it with you in her own words. Here’s an edited transcript.

Paul: Tell me about your experience at Mind Games.

Kei’Aysha: Well I’ve come here from Georgia hoping to learn and grow. And I have. It’s been very encouraging. I’ve loved it. Before I came here I didn’t understand how to defend my faith. But now I do.

Paul: Wow. That’s fantastic! Tell me, what’s a belief you thought to be true before, but now you realize it’s not true.

Paul: Would you recommend Mind Games to others?

Kei’Aysha: YES! (smiling) It changed my life! Before I didn’t understand how to explain things to people. Like, on the first day (Dr.) Ray asked why we are Christians. I learned how to say why I’m a Christian without saying, well I just believe, or I just have faith. I can say I’m a Christian because I’m convinced by the evidence from creation (motioning all around her).

Paul: How has Mind Games impacted your faith?

Thank you for changing Kei’Aysha’s life. You’ve probably heard the statistics. The majority of the American Church is culturally captive — their beliefs about God, Jesus, truth, the Bible, etc. align more closely with culture than with the teachings of the Bible. Kei’Aysha was one of those statistics. She already believed in Jesus for salvation. But now she believes biblically about what happens after death, and how the Earth was created, because of you.

You made that possible. Thank you. The impact of this experience for Kei’Aysha will bless her the rest of her life. She now has confidence in life after the grave. It’s in Christ — not her works here on earth. She now believes in the Creator God — maker of heaven and earth. She is being freed from the bonds of captivity to culture. She’s not captive to that anymore thanks to you. Kei’Aysha is thinking biblically now more than she was before. Amazing. As hard as it might be to believe, the Southern Poverty Law Center has designated Probe Ministries as a “hate group.” Sadly, that puts us right along with the KKK, the neo-Nazi’s, white supremacists, and Muslim terrorists. You can find more information on page two. I want to tell you what this whole thing means.

We earned our “hate group” status (according to them) for promoting the traditional and biblical stance on human sexuality. Let’s be real clear on what’s happening here. This is historic. A legitimate, grace-filled, Christian ministry in America has been labeled a hate group for what reason? Teaching the Bible.

But it’s not too late!

That is why I am so glad for you. You are one of the few who get it. Your prayers, your gifts, your support is taking action to stand up and be the Church.