Dr. Ray Bohlin will be returning to Belarus (in the former Soviet Union, between Russia and Poland) in March to teach church leaders, preach at one of the country’s largest churches, and to publicly debate a world-class Russian scientist. 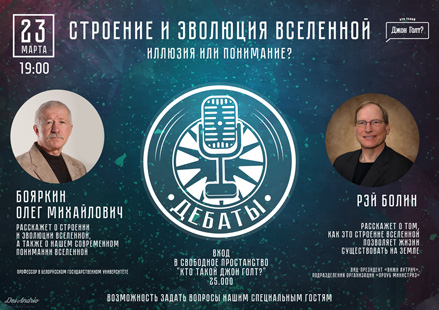 His last public presentation, on the Cambrian Explosion, was put on Russian YouTube and went viral. Atheists lined up to debate him; a Bible-believing Christian scientist (Ph.D., molecular biology) is unheard of in the former Soviet states. 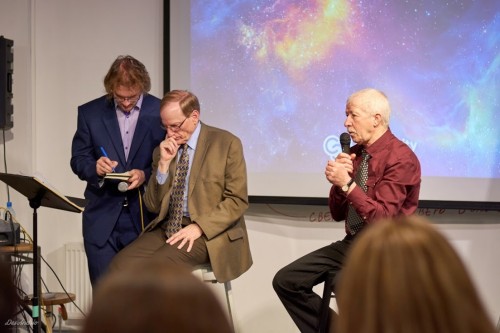 Dr. Bohlin listens to translation as his opponent speaks

In his previous debate, his opponent admitted he was surprised at the level of the debate and discussion since he thought Protestants were “dark-minded.” (Translation: ignorant and backwards.)

His colleagues are finding a large venue in the capital city of Minsk for an even more well-publicized debate on March 10. The world-class scientist coming from Moscow for the debate has chosen the topic “Evolution and Creationism.”

This is a terrific opportunity to invest in Christ’s kingdom by providing the travel expenses. Will you help? A tax-deductible receipt will be mailed for all donations. Please denote that your gift is for Dr. Ray Bohlin when you click Probe.org/donate.