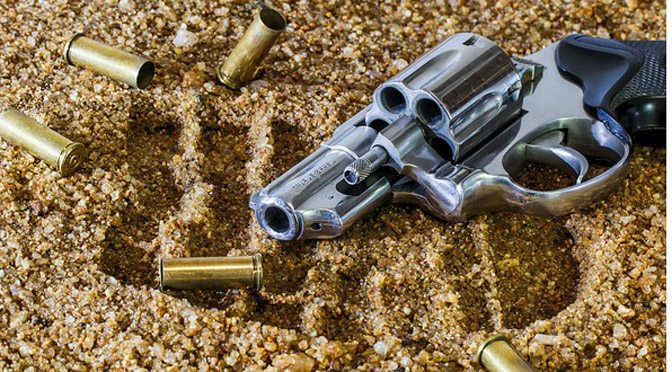 At our house, conversations about ID usually aren’t about “identification.” It means “Intelligent Design.”

My husband Ray’s entire education is in science, including a Ph.D. in molecular biology. Early in his Christian walk, learning there was evidence against evolution lit a fire under him that has only grown in the 35 years since. Today, he is thrilled by advances in science that on an almost-monthly basis reveal more and more evidence that an intelligence is the only reasonable explanation for many aspects of the natural world.

But that doesn’t sit well with people who don’t want to be accountable to the God they know perfectly well is there, but spend endless hours and countless books (and YouTube videos) denying it.

The anti-God attitude was well known to the apostle Paul, who said in Romans 1:19-20, “. . .that which is known about God is evident within them; for God made it evident to them. For since the creation of the world His invisible attributes, His eternal power and divine nature, have been clearly seen, being understood through what has been made, so that they are without excuse.”

Eventually, it poisoned the very core of most science today. The early scientists like Galileo and Newton made important discoveries about the Creation because their starting point was a belief in an intelligent, orderly Creator who wove orderliness into His creation. They believed that the orderliness and principles of the natural world were knowable because our God is knowable. But then, Darwin’s theory of evolution allowed people to embrace science without buying into the “God part” of it. Richard Dawkins (The God Delusion) said that “Darwin made it possible to be an intellectually fulfilled atheist.” And today, it is now assumed that the very nature of science excludes anything supernatural. This has nothing to do with the evidence and everything to do with people’s hearts.

When we “X” God out of our thinking, we feel free to redefine things any way we want, since we no longer feel beholden to His view of reality. I was thinking the other day that if Las Vegas decided it didn’t like its crime statistics, all it needs to do is define crime away. Can you imagine if the city went to the CSI investigators and said, “You know all those dead bodies you deal with? From now on, you need to find a natural explanation for those deaths.”

And Gus Grissom would say, “But most of the deaths we investigate aren’t naturally caused. They are caused by human beings.”

LV: Not any more. If all people die from natural causes, then we’ve done away with crime. And we are totally committed to doing away with crime in Las Vegas.

GG: But we’re committed to following the evidence no matter where it leads. If the evidence implies a killer, we can’t say it’s a natural death.

LV: Our commitment is eliminating crime. If you can’t come up with natural causes for these deaths, we’ll bring in CSIs who can.

GG: So when we find someone face down on a desk, with a wound indicating something long and sharp was stabbed from the back of the neck into the victim’s mouth. . .?

LV: Keep researching until you find a completely natural explanation. And stop using needlessly prejudicial words like “victim.” There is no more crime in this city because we have declared it so. Your findings have to be consistent with the new city policy.

And that’s what it’s like to be a scientist these days. Don’t believe me? Watch Ben Stein’s movie Expelled: No Intelligence Allowed when it comes out on DVD in a few days.

This blog post originally appeared at blogs.bible.org/engage/sue_bohlin/god_and_csi on October 7, 2008.