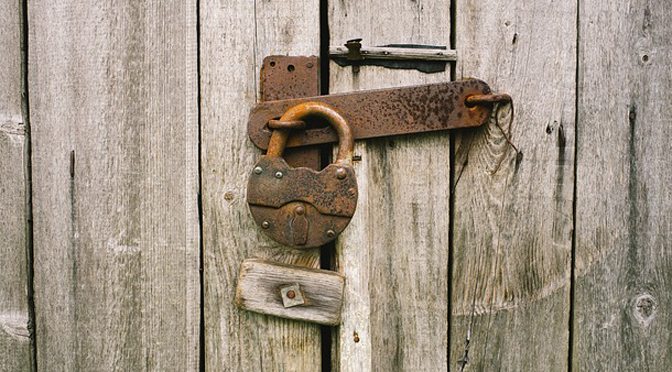 Last week I got a text from my son: “Mom, I’m in Nairobi [Kenya]. Please pray they let me in Burundi tomorrow, I just heard they may not be issuing visas at the airort tomorrow like last year.” Well, they didn’t. He had to fly back to Nairobi to get a visa through the American embassy, a process that added days and expense to his plans. We prayed and God said no—or, more accurately, “Not yet.” Eventually he was able to get the visa, enter the central African country and visit with coffee growers.

God had closed the door for what turned out to be a few very dangerous days. When we asked Him to open the door to Kevin, He said no.

But “rejection is protection.” Kevin learned that while he was traveling and running around Nairobi trying to get his visa, murderous violence had been exploding in Burundi. It was quite possible that as an outsider, he might have been seen as a spy or an aid to opposition forces in that extremely volatile country. God’s closed door, as disappointing as it was, was His loving protection. (Which continued on my son’s trip: he flew out of Paris just hours before the Nov. 13 attacks, after which the president closed the borders and shut down international flights.)

Rejection is protection when God is sovereign. And He always is.

His “no” feels like rejection because we don’t get what we want, but there’s always a bigger story at play.

In 2002 I was invited to speak at women’s retreat in Germany and immediately said yes. “Don’t you want to pray about it?” our pastor friend asked with a smile. “Oops. Yes, I supposed I should.” So I did—and within an hour I had a strong, unmistakable unsettledness in my spirit, a lack of peace that all but shouted “NO!!!” That made absolutely no sense to me, and with deep regret I told our friend that for whatever reason, God had said no. But it made perfect sense six months later when, during the weekend of that women’s retreat, my husband was hurt in a serious car wreck. God knew I needed to be home instead of Europe. His “no” was love; His rejection was protection.

(By the way, when I was privileged to speak at that church’s retreat in 2013 and 2014, I showed a picture of my husband’s totaled car. I wanted them to see evidence of God’s loving sovereignty in play.)

My friend Ann ran for the school board in her city and lost. A wise spiritual director, helping her process the “ouch” of this disappointment, was the one who pointed out that sometimes rejection is protection. Ann tells me she has probably used that phrase a hundred times in responding to people’s stories of God’s closed doors and answers to prayer that weren’t what they wanted.

How many times have we wept over relationships that didn’t work out, only to realize later how disastrous they would have been? Or, if we were already involved with that person, we would have missed meeting and marrying our spouse?

Garth Brooks made this concept famous with his song “Unanswered Prayers,” which I would argue is a great name for a song but lousy theology because “no” and “not yet” are answers to prayer!

Rejection stinks. It always does. But it usually means protection because God is a good, good Father who’s always looking out for us.

This blog post originally appeared at
blogs.bible.org/engage/sue_bohlin/rejection_is_protection on November 17, 2015.