DWTS and the T in GLBT

Home DWTS and the T in GLBT 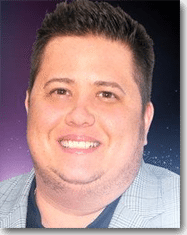 The big controversy in the current season of Dancing With the Stars is the presence of Chaz Bono, born Chastity, the daughter of pop icons Sonny and Cher. The media has documented Chaz’ transition from female to male, bringing “transgender” into people’s living rooms and water cooler conversations.

For over a decade, I have loved and walked with people struggling with their gender identity and unwanted same-sex attractions. When I see Chaz, my heart just aches deeply.

How should we wisely, biblically, and compassionately think about those who feel trapped in the body of the opposite sex? [I am not talking about those who were born with chromosomal abnormalities or an endocrine imbalance, which results in hermaphroditism, or—the new term—intersex. These are biological effects of living in a fallen world, and are in a different category from those born with normal, functioning bodies who want to change those bodies.]

People who identify as transgender report feeling different from a young age, which is easy to describe as feeling “born that way,” especially when that is the new banner cry of the marginalized, thanks to Lady Gaga’s mega-hit of the same name. But it’s a big (and, I would respectfully suggest, tragic) step from “I have always felt different from the other boys/girls” to “I am a girl in a boy’s body” or “I am a boy in a girl’s body.”

I would suggest that the core misunderstanding of those in the GLBT (gay | lesbian | bi-sexual | transgendered) community is the same core misunderstanding of the vast majority of people: a too-narrow understanding of God-designed variations in masculinity and femininity. (Please see my blog post “The Gender Spectrum.”) Many of my friends who struggle with same-sex attraction confess that they’ve often thought how much better life would be if they were the other gender, but transgender-identifying folks take the fantasy to a new level.

The fantasy that “becoming something other than what I am will make me happy” marks transgender. It’s wrapped up in a deep-seated envy of the opposite sex, and a hatred of one’s own gender. That’s why so many believe that surgery to remove the offending body parts will kill what they detest in themselves, their own gender, and transform them into what they admire and believe will give them life.

Fantasy and pretending are part of childhood, but now thanks to advances in technology, an adult can gain access to medical treatments that will feed the fantasy and turn it into reality—or at least the promise of it. Our post-modern culture invents words and redefines language in ways that adds layers of confusion to the issue: instead of the dual simplicity of God creating male and female, we are now told that there is a difference between sex, gender, and sexual identity. No wonder there is so much confusion about this issue!

“I am a man in a woman’s body, and I need to bring my outsides into alignment with my insides.” (Or the opposite.) This feeling may be strong, but it is not accurate, and it is not trustworthy. We are fallen people living in a fallen world with fallen understanding, and we should not trust our conclusions when they vary so much with what God has said. He declares Himself as our Creator; when God creates a female, which we know by the female body He creates, He is making a statement about His intention for that girl. When God gives us the stewardship over His creation, which includes our bodies, that precludes mutilating them by amputating healthy body parts because we hate them.

Our culture looks at life through a purely naturalistic, materialistic lens that excludes the spiritual. Our feelings are part of that total focus on the temporal and transitory. When they are particularly strong, they can be all-consuming, and it’s easy to say they are true—regardless of what God says in His word. Some people insist that their brains and bodies are mismatched, that transgender is a purely biological issue that, thanks to modern medicine, can be addressed instead of leaving them feeling miserable.

We are broken people, and we try to fix our own brokenness with our own broken methods: enter sex-change clinics. One of the heartbreaking aspects of this issue is what is NOT told to those putting their eggs in the sex-change basket. I had a very long talk one night with a MtF (male to female) post-op transgender woman who blessed me with her heart-wrenching honesty. She was so sure than she would get affirmation and praise as a woman, that the hole in her heart would be filled by what she would see in the mirror. Many surgeries later, from penis amputation to cosmetic surgery to reduce her adam’s apple, when she looked in the mirror she saw a man trying unsuccessfully to be what God did not make him to be, and it broke her heart. She said she would give anything to go back to the way God had made her as a him, but now she felt stuck maintaining the charade because that was her identity, both personally and professionally.

This story is one of the reasons psychiatrist Dr. Paul McHugh shut down the sex-change program at Johns Hopkins University Hospital. In his extraordinary article “Surgical Sex,” he wrote, “When I became psychiatrist-in-chief at Johns Hopkins, I realized that by doing sex-change operations the hospital was fundamentally cooperating with a mental illness. We would do better for these patients, I thought, by concentrating on trying to fix their minds and not their genitalia.”

I am grateful for the voices of those who have walked deep in the transgender waters and then decided to listen to God (mainly from the helpful website help4families.com): “I remember reading in the Word that our bodies were the temple of the Holy Spirit, and I wondered, ‘What have I done to myself?’ After reading Psalm 139, I began to cry because it spoke of how God had created me and how He had known me from the beginning.”

“I had a hard time having fun, because when I was out with my friends I was jealous of the girls and fun they were having. That started to become a theme in my life, I was jealous of females; their curves, softness, and what I perceived as superiority over men. I hated everything about my masculinity; I had fantasies at times of castrating myself and ending the control of testosterone over my life.”

“I told my wife I was leaving and wanted to divorce and transition to becoming a woman. I went out and bought supplies and women’s clothing that night, and went to hotel room. I won’t go into all the details, but as I sat there in all my ‘feminine glory,’ reading on my computer the stories of other TS folks I remember praying ‘God what am I doing???’ And I remember this still small voice ask, ‘Is this what you really want?’ My response was ‘No, what should I do?’ and what I heard still rings in my head to this day: ‘Run!! Run back to your wife.’ So I did, my wife being the faithful, loving, and godly woman that she is accepted me back, and forgave me. . . .

“[Later on] I again told my wife that I could no longer live this life and that I needed to leave to pursue my ‘true life’ as a female. I left my wife that night and told her that I wanted to separate. As I left to go back out and check into a hotel, I was feeling really angry with God. I was yelling on the drive, ‘God, this is bigger than You. I can’t do this anymore, I am so tired of fighting and I just want to live the way that my mind wants me to live.’ I remember God distinctly telling me, ‘I am your Father and you are My son. You do not need to do this; you need to get your significance from Me.’ I yelled back, ‘No God I am done with this crap, this is ridiculous, I am living a lie and I need to be female.’ I wrestled and wrestled with this for hours. Finally I was worn down and just asked God, ‘What do I need to do?’ The answer I got was, ‘Get your significance from Me, not from being female. You need to follow Me and love Me more than this.’

“I was worshiping femininity and was ready to sacrifice myself, my wife and my children on that altar. After searching my heart I also realized that I was angry with God, I think mostly for not ‘fixing me’ the way I wanted. I wanted to pray the prayer and any desire to be female would be gone and I would be some sort of super-man. When God did not fix me this way after years of praying for it, I became bitter.”

“If He had intended me to be a woman, He wouldn’t have made me male in the first place.”

May those who struggle with the lie that they are not okay as they are, find their significance in God who made them the way He wanted them, who delights in them, who loves them with a tender, compassionate love, and says, “Come to Me. Don’t try to fix this on your own. Let Me pour truth and grace, love and life into your heart.”

This blog post originally appeared at blogs.bible.org/engage/sue_bohlin/dwts_and_the_t_in_glbt on Sept. 27, 2011