Vanguard: Fall 2018 News for Our Donors

Relieved! How You Delivered a Wisconsin Teenager From Anxiety 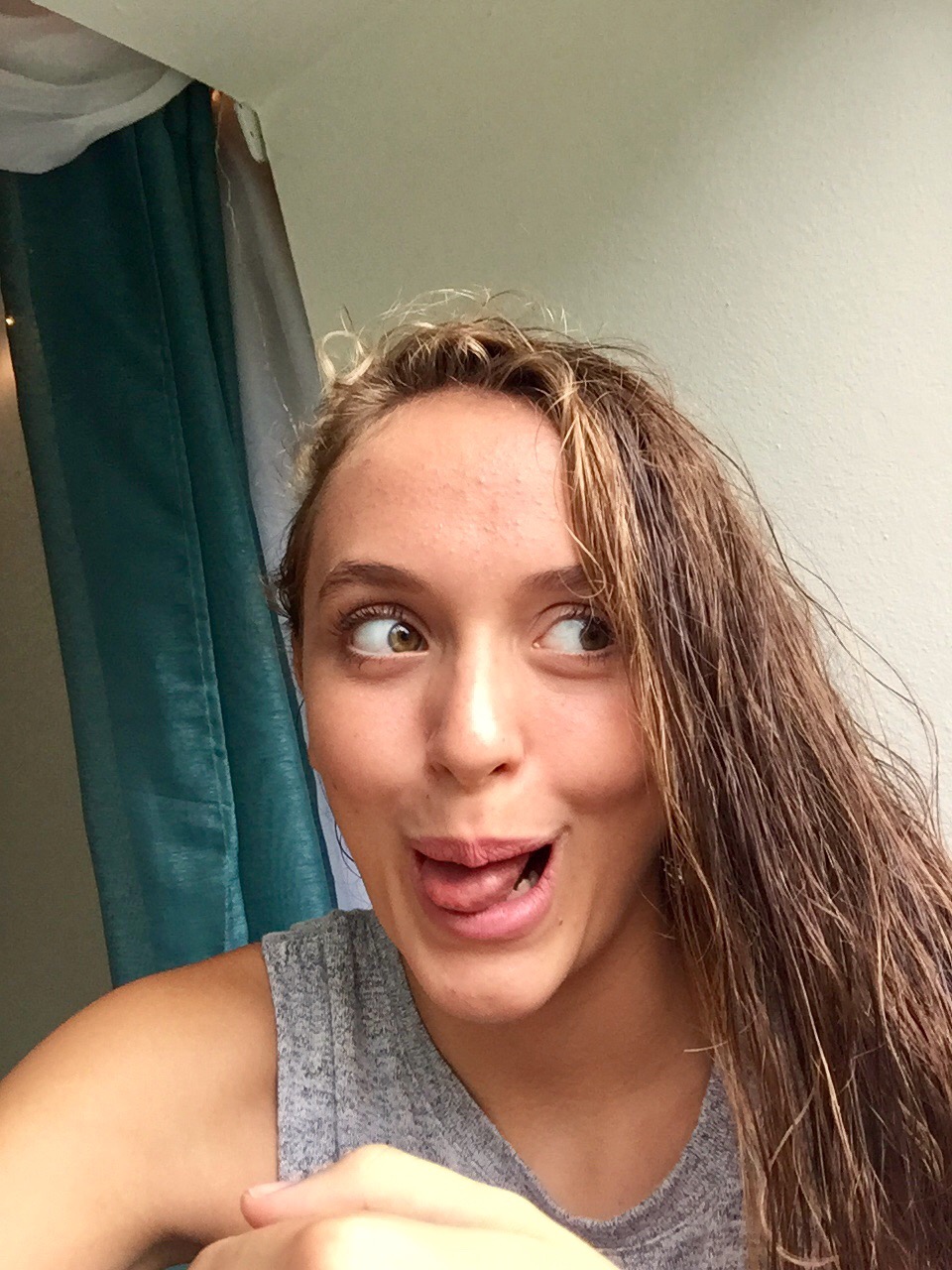 Murren, pictured above, poses for a silly selfie

Free for the summer, Murren wanted nothing more than a little rest from her studies and to leave Wisconsin to go have fun with her friends at Mind Games Camp in Texas. Raised in church all her life by faithful parents who follow Christ, Murren had always been a “good girl” and made her confession of belief in Jesus. But inwardly she wondered, “Am I really saved? Did it really stick?”

Friends in youth group testified to their own life change when they believed in Jesus for salvation, repented of their waywardness, and found life. Secretly Murren wondered if she’d truly found life in Jesus because her testimony wasn’t like theirs. She’d never given herself over to a lifestyle of outright rebellion.

That’s what this summer was going to be about. Taking a break from her worries. Getting a little R&R, maybe a little bit of that southern Sun (but no sunburn). Murren had gone to a summer camp for teenagers last summer (2017)—Probe’s own Mind Games Camp. She had a blast, made some great friends, and looked forward to returning this summer for the fellowship.

When she arrived in Texas it was sunny and hot. Everything was going as hoped. Camp was fun. The fellowship was great. She even saw some of the very same friends! But one subtle recurring theme stuck out to her over and over. “What does it mean to be saved?” It was like she couldn’t get away from it—in group time during the talks, around the lunch table, even conversations with other campers. This gnawing issue hadn’t stayed put in Wisconsin. It somehow followed her all the way down to Texas and settled down in the bottom of her stomach.

Finally one day near the end of camp Murren was seated in a circle for small group discussion. And in the intimacy of that environment she felt safe enough to open her mouth and release worry’s gnawing sensation in her stomach. She hoped for some relief. She let her guard down and wondered out loud through tears confessing, “I don’t have one of those prodigal testimonies. And sometimes I wonder, ‘Am I really saved?’”

The group spoke up immediately to affirm her and point her to the Word of God and to assure her that her salvation is secure in Jesus. “It’s not something you need to worry about. You are saved by grace through faith—not of your own works. It is a gift of God.” She was pointed straight back to Scripture, reminded of God’s sovereignty, of His loving kindness, of His faithfulness, and of the goodness of the gospel.

Relief! Wonderful, marvelous, glorious relief was Murren’s at last! Modest tears continued but this time not for anxiety, but for joy! What terrific relief to be free of the worry at last. Her salvation really is up to God. It doesn’t matter what kind of testimony she has! In Christ she is free! And the freedom is wonderful!

Murren’s hope for 2018’s summer to be filled with friends and fun as a respite from worry and anxiety had been fulfilled and then blessed with so much more! Lies from the enemy held Murren captive to fear and anxiety over her relationship with God. Free in Christ she found new depths to the joy of her salvation! 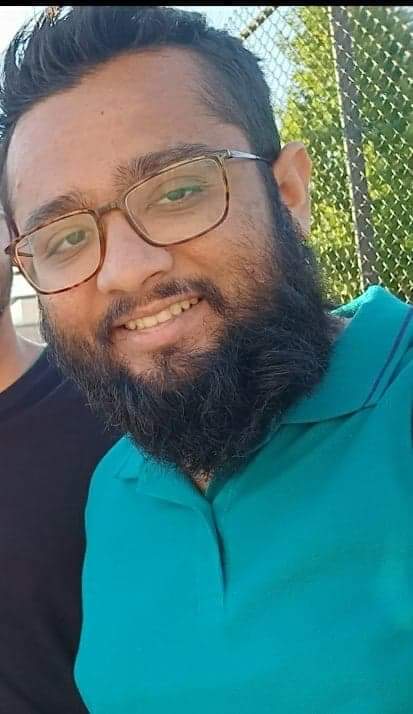 Shail Karia, student at the University of Texas at Dallas pictured here was recently transformed from doubter to defender of the Christian faith. You made that happen!

“I think in about ten years I will know whether to believe in Christianity,” said Indian university student Shail Karia. Probe staffer Byron Barlowe appealed to him that he may not even have tomorrow, much less ten years! They discussed more reasons to believe.

Shail is one of over 5,000 international students at the University of Texas at Dallas, where Byron co-leads a Reasonable Faith (RF) chapter. The first time Shail attended an RF meeting, he was desperately searching for what to believe.

“I needed answers to my questions. I was seeking,” he shares. Reading everything from the Bhagavad Gita to the Qu’ran to Nietzsche, Shail’s urgent questions included, “What is the correct worldview?” and “How much faith does it take to believe?”

He had to decide about the truth of it all. But how? That’s where you stepped in to guide him through the process. He and Byron talked at length about worldviews. He needed a reference point to begin—a framework to judge each competing worldview. He needed to know which worldview held together best, which one explained more, and dealt with reality most convincingly, on such important topics as life, God, the universe, and man. Thank you for providing that for him.

Shail had become a member of a campus ministry’s Bible study for non-believers. There, he dove deeply into Christian fellowship. As a Hindu background young man, his worldview was “all over the place.” He was drawn in immediately.

“My small group was one of the most pivotal things for me” Shail shares. “It made me start questioning. Initially I was hesitant, but people were sharing their deepest darkest secrets. That drew me closer to them as I shared my own secrets.” Shail experienced life with others who were vulnerable. He made deep connections. He witnessed the power of the Holy Spirit.

That’s when the meaty substance of the faith, the reasonableness, beauty and meaningfulness of Christianity, began to solidify for Shail. Byron invited him back to an RF meeting, where he heard lectures on such topics as Miracles, and the Resurrection. Shail had to decide his ultimate question: “Do I know enough to believe?” Would it take a decade more? Or did he have enough evidence already to believe— rational evidence and relational evidence? 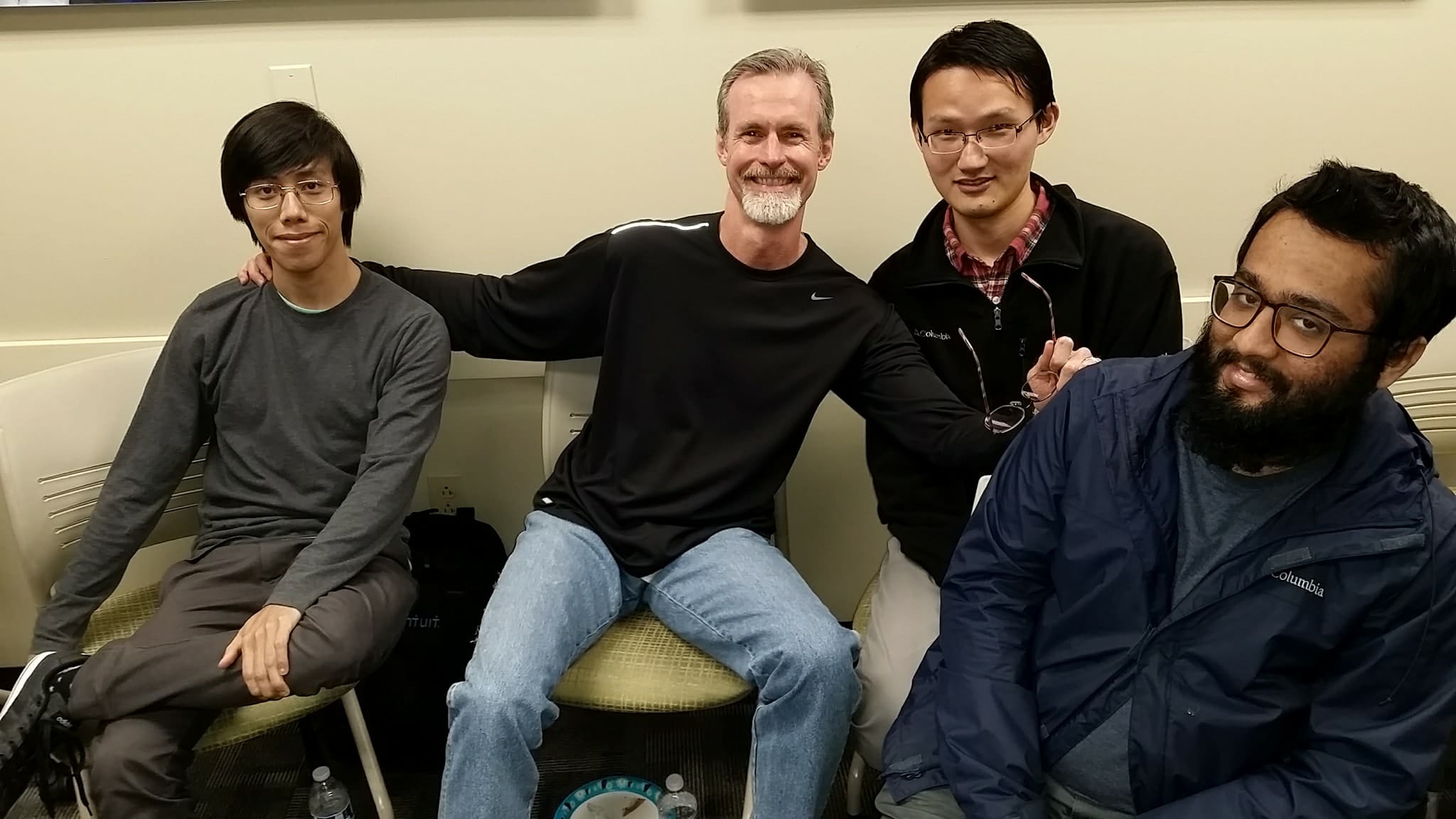 Left to Right are Van, Byron, Chen, and Shail having a conversation about the gospel on campus at UTD. Van’s story was featured in Vanguard 2017. He and Shail are friends and mutually sharpen one another in the Lord.

By spring, Shail had good news for Byron. “I processed this decision, slept on it, and realized I was ready.” Shail put his faith in Christ! That couldn’t have happened without you. Thank you!

Since then Byron—along with others— shepherded him through growth in Christ. He has forsaken his Hindu gods by throwing away his idols (small statues commonly possessed by Hindu families). Shail has learned to fight Satan’s lies with God’s Word. He has been baptized. Shail is now a witness for Jesus Christ, sharing Jesus with his Hindu grandmother and fellow students alike.

The day of this writing, Byron and Shail were witnessing on campus to a Chinese student. Byron marveled at Shail’s initiative. Ironically this was happening across the room from where he’d only one year prior predicted he’d need a decade to decide what to believe. Just last week Shail led another Chinese student to Christ. Shail is dangerous for God. Your support of Probe was absolutely essential to make that happen. Thank you. You transformed a doubting university skeptic into a witnessing ambassador for Christ. You are a smart investor.

You give to Probe. And Probe is among the most efficient non-profit organizations in America. According to non-profit watchdog organization CharityWatch, the average American non-profit spends 75% of its budget on program costs.

Probe spends 85%. And that makes you a smart investor. Every dollar you give to Probe works hard to accomplish the mission. The national benchmark for fundraising costs is 10%. Probe spends 8%. You not only make a spiritually and eternally significant impact with your gift, your donation is being utilized in a way that’s among the most efficient organizations in America today.

You may already know Probe Ministries is a member of the Evangelical Council for Financial Accountability. That means your dollars invested are hard at work accomplishing the mission you gave to. The vast majority of Probe funds are spent on ministry and very little on fundraising. Your gift directly impacts our mission. That makes you a smart investor!

Just what exactly are you investing in? As 2018 ends, I am excited to share with you some of what your partnership has accomplished. Because of you, classes have been taught in churches. You have ministered overseas, teaching believers and non-believers alike in countries such as South Africa and Hungary, as well as stateside in places like Oregon, Missouri, Arkansas, New York, and Oklahoma, as well as in Texas.

Because of you, the reach of Periscope, Probe’s 49-day experience for churches and small groups, continues to increase. The marketing being done by Grace101.org is first rate. Through you, Periscope has been placed in several different states just this year. You are reaching people in churches who need to be freed from cultural captivity. But you and I know we can reach even more with additional funds provided by you and other interested donors.

Let me also share with you Probe’s vision for the future. Probe will continue to minister through speaking, writing, broadcasting, and the Internet. The Probe radio program that began in 1982 still reaches a large audience, thanks to you, and has recently been reformatted with a new host and new music to equip even more with a Christian worldview. And because of you Probe continues working to increase the number of people (Christians and non-Christians) who visit the Probe website.
We also have exciting plans to expand the ministry of Probe through a new podcast format that can reach a different audience than our radio program. I ask you to be in prayer about these new plans that are just now being implemented.

As you can see, the reach of Probe is expanding due to your prayers and financial support. That is why I ask you to consider how you will invest in this ministry before the end of 2018 so we can end the calendar year in the black and be ready to develop new opportunities for 2019. Thank you for you investment, and thank you in advance for your year-end gift.