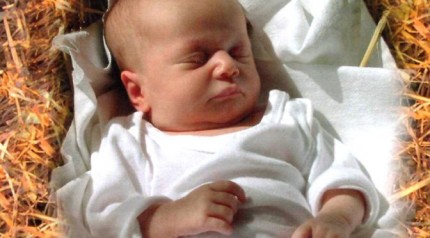 24% of American Christians believe in reincarnation, the idea from Eastern religions that there is a merry-go-round of birth/life/death/rebirth, over and over again. This has spawned a fad of “past lives regression,” discovering aspects of previous incarnations. Wiki-how even offers instructions on “How to Remember Your Past Lives.” There’s a book called Past Lives of the Rich and Famous. Supposedly, Whitney Houston’s strong attachment to the gospel came from a moment in a previous life where she saw Jesus hanging on the cross. Liz Taylor used to be a Benedictine abbess in medieval Switzerland. Michael Jackson was the son of a royal courtesan in 100 B.C. Burma. And Marilyn Monroe was captured by a band of gypsies in the 1600s.

Not so fast. The Bible swats down the possibility of reincarnation: “It is appointed for man to die once, and then comes judgment” (Heb. 9:27). That means that there are no past lives (but lots of opportunity for self- or demonic deception).

With one notable exception.

Jesus truly did have a past life, a life with no beginning, before He was born as a human being.

Jesus lived out, and showed us, what perfect, sinless Adam was like before the Fall.

Recently I’ve been meditating on the unthinkable sacrifice of leaving behind omniscience and becoming an embryo in Mary’s womb. He experienced life as every other baby ever has, first through the muffled filter of His mother’s body. Then the shock of emerging from the warm cozy darkness and drawing His first breath of air. For the first time in eternity, God breathed air! He learned what hunger was, and He learned what it was to be dependent on His mother to be fed.

He experienced life as a baby, learning language. He learned to recognize His mother’s voice and His earthly father’s voice. That prepared Him to learn to recognize His heavenly Father’s voice. He grew into a toddler, and the very God who designed the human body to walk, had to learn how to walk Himself. He grew into a boy, and learned to read. The very God who had splintered the language of man at Babel had to learn Hebrew letters and words so He could read the Scriptures that He Himself had breathed through the minds and pens of men hundreds of years before. He learned spiritual truth with a human mind, reading the scrolls with human eyes. He learned the history of mankind and of His own people through the Scriptures.

He submitted Himself to His earthly parents, who had the unimaginable task of teaching Jesus His true identity: “Child, you are the Son of God, born of a virgin birth. Your heavenly Father is Your actual Father. You are the promised Messiah, the long-awaited Anointed One. You are the Savior of the world.”

When He hung out in the temple at age twelve, amazing the teachers by His teachable spirit and the questions He asked, He had clearly owned the truth about His true identity: “Did you not know that I had to be in My Father’s house?” (Luke 2:49)

By the time He was an adult, He had grown in understanding about His previous life in heaven: “And now, Father, glorify Me in Your own presence with the glory that I had with You before the world existed” (John 17:5).

Part of the glory of Christmas is remembering that Jesus truly did have a “past life,” which He left behind for a time because He thought we were worth the sacrifice. And reincarnation—that false teaching of false religion—is the counterfeit to the miracle of Christmas: the Incarnation of the Son of God.

Christ by highest heaven adored; Christ, the everlasting Lord!
Late in time behold Him come, offspring of the Virgin’s womb.
Veiled in flesh the Godhead see; hail the incarnate Deity,
Pleased as man with men to dwell, Jesus our Emmanuel.

This blog post originally appeared at blogs.bible.org/engage/sue_bohlin/reincarnation_the_christmas_counterfeit
on December 17, 2013