Home The Euphemism of ‘Death With Dignity’ 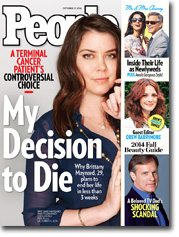