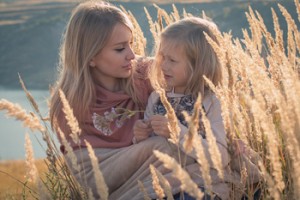 Recently I asked some of the mamas of littles in our church, “What God questions are your kids asking?” While not definitive, here are some answers I trust you’ll find helpful.

God has always existed. No one made God. Everything that has been made, has been made by someone or something else. Eventually, when we go back far enough, there has to be a Someone or a Something that is eternal-that was not created. Smart thinkers called philosophers call this an “uncaused cause.”

How do we know this? Because there are some things we can’t figure out on our own, so God tells us in His word. Especially where Jesus is talking to His Father:

“So now, Father, glorify me in your own presence with the glory that I had in your presence before the world existed. Father, I desire that those also, whom you have given me, may be with me where I am, to see my glory, which you have given me because you loved me before the foundation of the world.” (John 17:5, 24).

How do we know the Bible is true?

The biggest way we can know is fulfilled prophecy. (Prophecies are a special kind of promise.) That means that God gave prophets information about the future that only He could know because He knows everything, and then the prophecies came true in even the smallest detail. This means that the Bible is a supernatural book because it is from God, who had human helpers to write down what He wanted written down.

We also have evidence supporting our belief that the Bible is a supernatural book:

Unity: The Bible’s books were written over 1500 years, by 40 different authors, on three different continents. But there is one consistent, big message from beginning to end: God loves us and has a big plan and purpose for His creation.

Bibliographical Evidence: The reason we have a Bible at all is that the original texts were copied many times over. There are 25,000+ handwritten copies of New Testament documents, with many variations. These variations allow us to see where errors and changes (such as spelling which does not change the meaning of a word) crept into the copying. There are no variations that question essential Christian beliefs.

Concerning the Old Testament: the Dead Sea Scrolls were discovered between 1949 and 1956-thousands of fragments from every book of the Old Testament except Esther, including a complete copy of Isaiah. These fragments had been stored since 300-100 B.C. The book of Isaiah had not been changed in that entire time except for a few spelling changes. The scribes were exceedingly careful in copying God’s word.

Archeological Evidence: Archeology, which is the study of old buried stuff, also supports details in the Bible. Not everything in the Bible has archeological support, but no archaeological findings have ever contradicted biblical details.

The evidence for both the Old and New Testaments shows that what we hold in our hands today is the same as what was written by the original authors.

How can Jesus be God but also God’s Son? (In other words, how does this Trinity thing work?)

First of all, it’s a hard idea that nobody fully understands because our minds are just too puny and small. It’s okay not to get it. This truth is called a mystery, and nobody will understand it until heaven.

So when we’re talking about God it is helpful to refer to either the Father, and Son or the Spirit.

We can see all three Persons of the Trinity at the baptism of Jesus. (Matthew 3:13-17)

Why can’t we see God?

We can’t see God the Father because He is spirit. That’s like invisible energy, like sunlight. Or wind. And the Holy Spirit is, well, spirit. Jesus became a human being just like us when He left heaven to live on earth, but we can’t see Him because He’s back in heaven now. God is still on earth because God is everywhere, but He’s invisible.

I know you’d like to see God, and you know what? So would I! Jesus knew we’d feel that way, which is why He said, “Blessed are those who believe without seeing Me.” (John 20:29). But if you trust in Jesus, one day you will see Him very plainly in heaven.

Heaven is a spirit place. It’s not like our house or our church or the park where we go, that you can find on a map or by walking there. I can tell you that when Jesus left the earth and went back to heaven, He went UP, and the Bible talks about Him coming back DOWN to earth. But it’s not in the sky like the moon. When astronauts went up into space they didn’t find heaven because heaven’s not a place we can touch or see.

God doesn’t speak to us the same way people do. That’s because He is spirit. But Jesus taught us, “My sheep hear my voice, and I know them, and they follow me.” (John 10:27) So hearing His voice is different from hearing Mommy or Daddy’s voice. You hear His voice with your heart. (Matthew 13)

We recognize God’s voice from reading and hearing His word in the Bible. Everything God says lines up with what He tells us in His word, so we can learn to tell the difference between His true voice and our imagination. We have to practice listening. It’s not easy, and we have to know what He says in His word in order to know what His voice sounds like.

If everything God makes is good, why did He make Satan?

Some people have asked why God made angels and people who could choose to disobey. That’s because God wanted angels to CHOOSE to obey Him, and He wanted people to CHOOSE to love Him. Without the ability to choose, it wouldn’t be real obedience or real love.

How will I know how to get to heaven when I die?

Getting to heaven from earth is like stepping from one room into a hallway or another room. Very simple, right? And you will probably have angels with you as well. Jesus will make sure to bring you to Himself, so you don’t need to worry about it.

Before I was in your tummy was I in heaven with God?

No, you didn’t exist before you were in my tummy. God knew you in His mind and in His heart, but He didn’t create you until just the right time to form you inside my body. The only person who was in heaven with God the Father before He became a tiny baby was Jesus.

This blog post originally appeared at
https://blogs.bible.org/engage/sue_bohlin/god_questions_from_little_kids
on October 15, 2019.