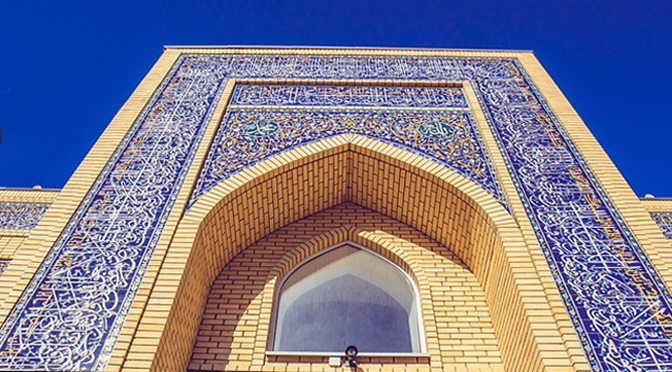 In a prior blog post, we looked at how Muslims in the Eastern Hemisphere reported their adherence to the five pillars of Islamic religious practice. We saw that the percentage who reported faithfully applying four of the five pillars was low, especially given the importance of these pillars in enhancing one’s chance of entering paradise.

In this post, let us consider some basic practices that someone who is concerned about following the teaching of any religion should follow.

Once again, for Muslims we are using a 2012 Pew Research Center survey of Muslims involving more than 30,000 face-to-face interviews in 26 countries across North Africa, Asia, the Middle East and Eastern Europe. In looking at the data, we will consider age and geographic regions of North Africa, Middle East, Eastern Europe, the ‘Stans (e.g. Kazakhstan, Uzbekistan), and South Asia.

For this comparison of faiths and regions, we selected the following questions used in the Pew survey:

1. How important is religion in your life? Very important
2. On average, how often do you attend the mosque for Salah and Jum’ah Prayer? Once a month or more
3. Outside of attending religious services, how often do you pray? Once a day or more
4. How often do you read or listen to the Qur’an? At least once a week
5. Do you give zakat, that is, give a set percentage of your wealth to charity or the mosque? Yes
6. How much does the way you live your life reflect the Hadith and Sunna, that is, the sayings and actions of the Prophet? A lot {1}

For someone serious about practicing their faith, this list should be critical to understanding and applying one’s faith and also fairly easy to apply. The results from the survey are as follows:

The most obvious result is that the percentages are very low. Across all the respondents, only 12% of them practice these six activities. So, the vast majority of Muslims are at best nominal practitioners of a religious life. We also see a significant difference between geographic regions. In Eastern Europe and the ‘Stans, we see that virtually no one is committed to these six practices. Those surveyed in South Asia, i.e. Bangladesh, Indonesia, Malaysia, and Thailand, are most likely to be serious about these basic religious practices, where one in four report following all six of the practices above.

We also see a difference based on age in all geographic regions. Across all five geographic regions, those who are 30 years old and beyond report levels of religious practice from 40% to over 100% greater than for those 18 to 29 years old.

For a similar look at Christians in the United States, we are using the Portraits of American Life Study (PALS) from 2012. From that study, we utilize a similar set of questions to define a basic religious practice:

1. How important is religion or religious faith to you personally? Extremely important
2. How often do you attend worship services, not including weddings or funerals? At least twice a month
3. How often have you typically prayed, not including before meals and at religious services? At least once a day
4. How often have you typically read the Bible in the past 12 months? At least once a week
5. During the year 2011, what was the total dollar value of all donation made to your local congregation? Age 30+ value > $999, Age 20 – 29 value > $399
6. I try hard to live all my life according to my religious beliefs.

As you can see, these questions are very similar to those asked in the Pew survey of Muslims. The results from this survey are as follows:

These results are very close to the results for Muslims—somewhat less than North Africa, the Middle East, and South Asia, and somewhat more than the ‘Stans. Similar to the results for the Muslims, emerging adults are significantly less likely than those over 30 to be serious about their religious practice. Nine out of ten Christians in America are not serious enough about their walk with God to practice the basics needed for an active Christian life.

It is safe to say that most American Christians and Muslims in the Eastern hemisphere are identified with a religion which they don’t really understand and don’t spend the time and effort necessary to gain understanding and live according to its principles.

1. The next possible answer was “a little” which seems way too weak to reflect a serious practice of Islam.