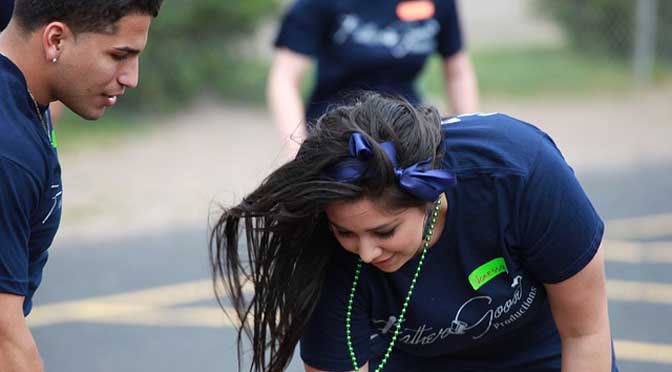 Since 1980, America’s Hispanic population has grown from 14.5 million to over 55 million individuals, an increase of over 275%. More importantly, as a percentage of our total population, from 1980 to 2014 Hispanics have grown from 6.5% to 17.4%. Although the U.S. Census Bureau predicts some moderation in this rate of growth, they are still expecting them to grow to over 28% of the population by 2060.

Most people would suspect that the vast majority of our Hispanic population affiliate with the Catholic faith. Is this so? Let’s look at data from 2014 surveys by the General Social Survey and the Pew Research Center to see what we can learn. Looking at adults 30 and over, the GSS results show 60% of Hispanics in America indicate an association with a Catholic church, and the Pew Survey results show 51%. The difference in these numbers is larger than one would expect and is probably due to a difference in the way the two surveys identify Hispanics. In any case, both numbers are probably lower than what most people would guess.

For the same over-30 group, we find that between 15 to 20% of them indicate an Evangelical connection barely exceeding the 15% in both surveys who identified as a “none”, i.e. one having no religious affiliation.

The median age of Hispanics is America is much lower than that of other ethnicities. Many Hispanics in America are emerging adults between the ages of 18 and 29. How do their beliefs stack up? The GSS data shows that about 45% of Hispanic emerging adults indicate a Catholic affiliation, while the Pew survey show only 35%. Both surveys show that significantly less than half of emerging adult Hispanics are Catholic. So have they become mainline, evangelical, “nones” or some Eastern religion?

Both surveys show a significant increase in the percentage of Hispanic “nones” for emerging adults compared to those over 30. The GSS survey shows an increase from 15% to 22% while the Pew data shows an increase from 15% to 31%. As with other ethnic groups, Hispanic emerging adults are much more likely to select a religious affiliation of “none” than are older adults. According to extensive data in the Pew Research survey, among emerging adults, the 31% of Hispanics who identify as “nones” are coming very close to surpassing the 35% who identify as Catholic.

Many assume that Hispanics are a monolithic block of Catholics, but the survey data shows than in a very few years the number of emerging adult Hispanics who consider themselves to be “nones” will eclipse the number who identify with Catholicism.

Acknowlegements:
The General Social Surveys data were downloaded from the Association of Religion Data Archives, www.TheARDA.com, and were collected by Tom W. Smith and the National Opinion Research Center.

The Pew Research Center Religious Landscape Study interactive tool, located at http://www.pewforum.org/religious-landscape-study/ was the source of the Pew survey data