Teaching at Word of Life in Romania & Hungary

Home Teaching at Word of Life in Romania & Hungary

Editor’s Note: The vision of Probe Ministries—to free 50 million captives and build them into confident ambassadors for Christ by 2020—promises to involve some 20 million believers overseas. Trips by Probe staff members near the time of this writing include destinations like Burundi, the Philippines, Belarus and—the topic of this report featuring Don and Deanne Closson, two of our staff veterans—Hungary and Romania. We hope you’ll feel you have an insider’s view of helping people think biblically and prepare to pass on a Christian worldview.

One of the things I enjoy about working at Probe is our tradition of partnering with churches and other ministry organizations. An example is Probe’s partnership with Word of Life Fellowship (WOL) both here in the U.S. and overseas. The relationship began when our National Director Kerby Anderson taught at WOL in New York, and later at some of their international campuses. Additional Probe staff members began teaching other courses. In January, 2010, my wife Deanne and I had the privilege of traveling to WOL schools in Romania and Hungary. 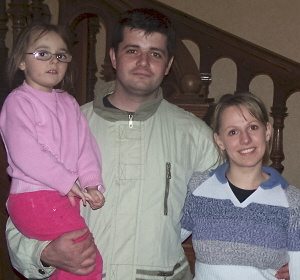 Actually, our invitation to Romania came about during our first trip to Hungary in 2008. Deanne and I became friends with students Alin and Iuliana Muntean and their 4–year–old daughter, Ruthie. Alin and Iuliana were mature beyond their years, serious students, and active evangelists in the various WOL outreaches. When we let them know that we were returning to Hungary this year, they invited us to Romania to teach as well! WOL Bible Training and Discipleship Center is only two years old but already has fourteen students. Needless to say, we were thrilled to accept their invitation. 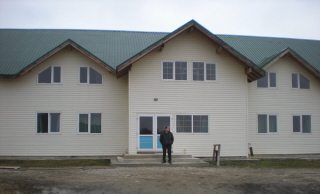 Our four–day stay in Romania was a busy one. My class was made up of seven second–year students. I taught five hours a day on Apologetics and Worldviews as well as a one hour chapel that challenged our very capable translator, Wanna. She had an amazing ability to translate difficult abstract ideas from English into Romanian. Her skills became evident as the students asked pertinent questions that demonstrated their grasp of the topics. They were eager to receive the apologetics information on the reliability of the Bible, the deity of Christ, answers to the problem of evil and other topics. I also spent one evening helping them to think through a response to the local Jehovah’s Witnesses whom most had encountered. It was a lively discussion particularly when they realized they now have biblical answers to those false claims. Deanne sat in on the classes to interact with the students too. She prayed with the girls during a devotion and is continuing friendships with them via email. 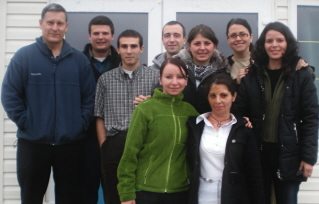 As Iuliana wrote in a recent email:

From Bucharest we were on to Budapest. Fog made it impossible to land in Budapest or at a secondary airport so we circled back to our starting point and the airline put us up in a nice hotel. One benefit to our detour was getting to know Andrassy, a 29–year–old Romanian businessman who lives in Budapest who translated for us. When he found out that I was teaching apologetics at a Bible institute in Budapest, he mentioned that he had grown up going to Bible camps similar to those of WOL. Andrassy told us that he was recently engaged to be married and had yet to find a church to attend in Budapest. We offered to ask our friends in Hungary for recommendations and to send them to him, which we did. 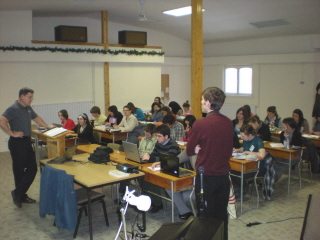 Our time in Hungary was also extremely rewarding. I had thirty students from nine different countries for a course on the cults covering the Mormons, Jehovah’s Witnesses, Scientology, Kabala, the Unification Church, and others. Thanks to the expertise of our translator Chris, the students seemed to enjoy the class and always had great questions. In an hour–long chapel I offered a response to the accusations by the so–called “New Atheists” that there is not enough evidence for God’s existence and that religion is the major source of wars in the world. I could tell that this information was new to the students. Afterwards, one student asked if he could meet with me. We ended up discussing for hours a variety of topics over two separate days. Since his list of questions about the Bible and Christianity was long, I agreed to work through the ones we didn’t cover and email my replies to him. It was encouraging to me that this young man is serious enough about his faith that he wants answers to important questions. 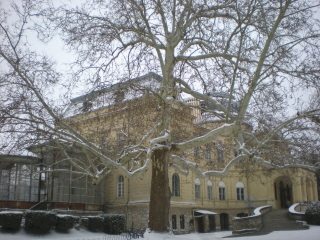 The WOL ministry in Hungary is having a significant impact both in the Bible Institute and with evangelistic teams. While we were there, a team was invited to present a drama in Czech schools. Eleven boys met with one of the WOL staff members to talk about Christ after seeing the play, “Born to a Living Hope.” WOL is very serious about evangelism and has effective tools to share Christ in schools, prisons, and in open–air settings. The ministry also has ambitious plans for the 100–year–old historic structure on their property. They have just rebuilt the roof of the building and hope to build new classroom and office space on the third floor.

Don Closson served as Director of Administration and a research associate with Probe for 26 years, until taking a position with the same title at the Centers of Church Based Training (ccbt.org) in 2013. He received the B.S. in education from Southern Illinois University, the M.S. in educational administration from Illinois State University, and the M.A. in Biblical Studies from Dallas Theological Seminary. He has served as a public school teacher and administrator before joining Probe and then the CCBT. He is the general editor of Kids, Classrooms, and Contemporary Education.